Josephine back at the SEA Games after 22 years

Shereen has a personal best of 54.96 in the 400m event, clocked at the Malaysian Open in March.

KUALA LUMPUR: Former SEA Games gold medallist Josephine Mary will be back in the SEA Games after 22 years.

But this time, Josephine, who has five golds, one silver and two bronzes in six SEA Games from 1983 to 1993, will be only as a chaperone to the women’s track and field athletes.

It was in Singapore where she took her Games bow with a 4x400m gold with the late Rabia Abdul Salam, R. Shanti and G. Shanti to clock a national record of 3:36.50.

And it is also in the Lion City that her second daughter, Shereen Samson Vallabouy, will be making her Games debut. 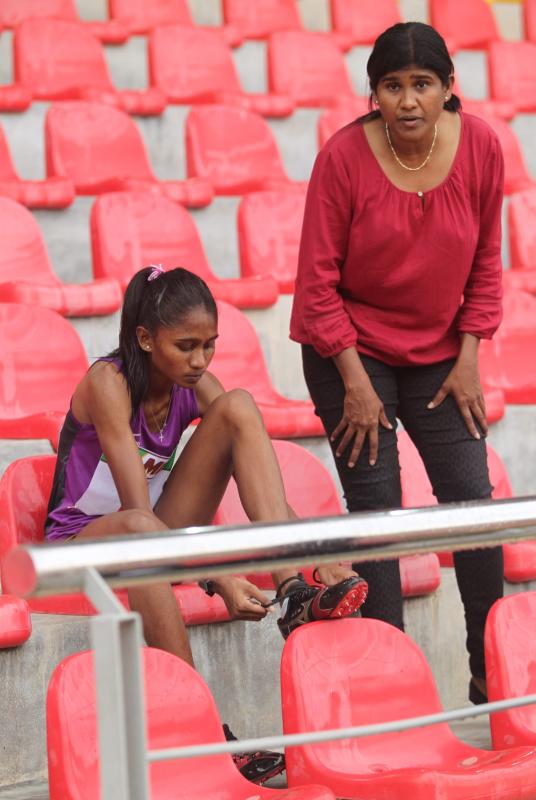 The 17-year-old Shereen, who won bronze at the Asian Youth championships in Doha three weeks ago, will feature in the 200m, 400m and 4x400m.

“My wish is to see my daughter clock a personal best in the 400m and finish on the podium,” said Josephine, whose husband Samson was a national middle distance runner.

Josephine said that she is happy to be back at the Games after a long absence.

“I am excited to be the chaperone as I will be able to give the athletes some advice from my past experience,” added the 48-year-old Josephine, who is the coach with the Perak Sports Council.

Although Shereen has been named for three events Josephine feels that her daughter should just focus on two events – the 400m and 4x400m.

“Shereen is better in the 400m as she has been training hard for the event,” said Josephine.

With a personal best of 54.96 in the Malaysian Open in March, Shereen also prefers to compete in the two events.

“As this is my first SEA Games and I want to focus in just one individual event. My mother bade farewell by winning the gold in Singapore and I want to make my debut on a winning note,” said Shereen, who will also feature in the World Youth championships in Cali, Colombia from July 15-19.