Perfect 10 for our ice queens

JUST 10 days ago, Malaysian “Ice Queen” Anja Chong was in the UK. Yesterday, she was on the podium in Manila, celebrating a gold medal with her teammates.

With just over a week of training, the awesome foursome of Anja, Dione Tan, Ashley Chin and Chan Kynie retained the women’s 3,000m short track speed skating title at the SM MegaMall ice rink in Manila.

The Malaysian quartet were in their element as they outpaced closest rivals Indonesia in the 27-lap race by more than 10 seconds, crossing the finish line in 4:53.235.

The victory was certainly fulfilling for Malaysia and especially Anja, the Kuala Lumpur Games triple gold medallist as she had failed to defend her gold in the 500m race minutes moments before the relay contest.

Cheyenne, the bronze medallist in 2017, stamped her mark this time by pipping Dione and Anja to the gold in a time of 46.421.

Anja said she could not have asked for a better result having just joined her teammates in training less than 10 days ago.

Anja is based in United Kingdom and practises law there.

“I am really happy and proud of our achievement.

“We did pretty well together. It was a great team effort,” said Anja, who will be aiming to defend her 1000m gold next.

“I joined the team less than 10 days ago after returning from the UK. We knew we were strong as a team.

“We just focused on maximising our individual speeds, and managed to put in the finishing touches before arriving here.”

Asked if she’s disappointed with her failure to defend the 500m gold, Anja said: “I’m not disappointed as it was my first race after a long time.

Coach Cheng Chee Siang said the team got their tactics spot on.

While the competitors slipped and fell in the middle of the race, Malaysia flawlessly cruised from start to finish.

“It was tough in the lead up to the SEA Games as Anja only joined the team. However, we communicated with her coach in the UK to check on her progress.

“As for Anja’s defeat in the 500m race, it wasn’t surprising result as Cheyenne has improved by leaps and bounds since 2017. She was the only speed skater from the South-East Asian region to have qualified for the Winter Olympics last year (in Pyeongchang).”
Article type: metered
User Type: anonymous web
User Status:
Campaign ID: 18
Cxense type: free
User access status: 3 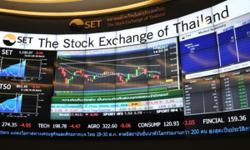 Gold up on U.S. dollar weakness 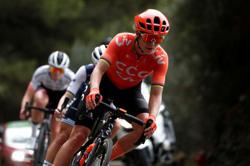