Speaking out on oral sex

My partner and I have been have been sexually active throughout our relationship. Over the years, we have been enjoying more oral sex and it is a very integral part of our sex life.

Recently, there has been news about oral sex being one of the root causes of throat and tongue cancer among men, due to transmission of the human papillomavirus virus (HPV). I guess Michael Douglas has really increased awareness of this, after the self-confessed "sex addict" admitted that his cancer was associated to his love for oral sex.

This has got us quite concerned and we are pondering if we should give it up (although I'd rather we not). We get intimate approximately once a week.

Does this spell the end of oral sex for us? Is there any way to mitigate or reduce the risks of cancer and sexually-transmitted infections from oral sex?

National statistics showed most Americans experienced oral sex at the beginning of their sexual journey. Its Center for Disease Control (CDC) survey demonstrated almost that half of teens and 90% of the adults surveyed in the 25 to 44-year-old age group have had oral sex with someone of the opposite sex. Despite this, oral sex is still perceived as edgy and even taboo in many cultures.

The link between oral sex and HPV-induced oral cancers are generally based on two studies. In 2005, research at Malmo University showed that 36% of oral cancer patients have HPV, compared to only 1% of healthy individuals. Another study published in The New England Journal of Medicine concluded that those who have had one to five oral sex partners in their lifetime doubled the risk of oropharyngeal (throat) cancer, and the risk increased by 250% in those who have had more than five partners.

However, the risk of HPV transmission during oral sex is still unclear, as is the risk of throat cancer after contraction. But it is clear that oral sex itself does not directly result in the cancer, and it is also estimated that 35% of all oral cancers are associated with the HPV virus. Smoking and alcohol consumption are well recognised as causes of oral cancers independently. Generally, it is believed 90% of HPV infections are cleared by the body's immune system within two years. Individuals who smoke and drink excessively are less likely to do so because of impaired immunity in the oral mucosa.

The advent of the HPV vaccine may potentially be a game-changer. The new generation of women are protected by such vaccination, and it is likely this will lead to a decline in oral cancers. Although the evidence is lacking over the protection offered by HPV vaccines in non-virgins (oral or penetrative), the vaccination is still believed to offer some protection.

Michael Douglas once said: "I am a risk taker. Most of my career has not been a joyful experience, but it has been challenging. I like danger!"

When Dr. G is put on the spot on the real danger of oral cancers with regular oral sex, his advice is: "All forms of sex are a risk. The journey of a sexual relationship should be a joyful experience, but may be challenging. When taking calculated risks in sex, it wouldn't feel so dangerous!" 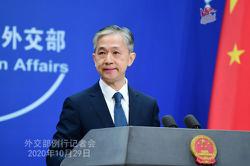 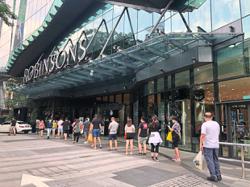