I feel a bit embarrassed emailing you about my problem, however, I just hope that you can enlighten me with the causes of my shrinking manhood.

I am a 65-year-old man who has been chatting with my golfing buddies and we all noticed something quite peculiar - that all of us seem to be conscious of our penises getting smaller than its glory days.

We don’t just sit around and start comparing the “Johnny”. But as we reminiscence the good old days, we started noticing that the manhood is not matching up in length of the hay days.

I did ask my wife and my family doctor, and they both think the main reason why I realised my penis is smaller is because I have put on weight in the last few years.

It’s true that I have put on a bit of weight - 12 kg to be precise over the last decade. The weight seems to be on my tummy and I just don’t understand why it's shrinking my pride and joy!

Don’t get me wrong; functionally I get by with erection and climax, even in my 60s.

It's just that I am wondering where has the missing inches of my manhood gone? Is there anything I can do to get them back?

As the year 2017 is coming to an end, I would like to put Dr G on the spot over my conundrum of sex.

As one is getting older, the passing years seem to shrink away. So, my question is, do men have to put up with the shrinking manhood as they age?

On that note, I wish Dr G and readers Merry Christmas and Happy New Year!

The accurate size of the human penises is a subject of lengthy debates among men and sexual health clinicians.

Despite standardising the size of manhood by the scientific community, the human penises can still have variability in length and girth.

Naturally, such variability is more pronounce depending on the degree of arousal, time of the day, room temperature and frequency of sexual activities.

Most of the human penile growth occurs between infancy and the age of five. The second growth spurt of the manhood also occurs from the onset of puberty to the age of 17.

The penile size is positively correlated with the increasing testosterone levels during puberty. Following the initial enlargement, the size is believed to stay unaltered in the remaining years.

Authors of a paper reviewing research on areas on penile sizes concluded that age is not believed to negatively correlate with the penile size, however, the data on the correlation for men over 60 was quite sparse.

In reality, after puberty, the administration of testosterone is not capable of altering the penile size, however, the androgen deficiency in adult can technically result in a small decrease in size on the manhood.

In some studies, the reduction in length can be as much as an inch! Of course, slightly shorter penis is hardly going to make any difference in the outcum.

However, this may be a source of distress for some men, especially for those who are “compromised” to begin with!

One of the most obvious culprits for the penile shrinkage is the bulging belly of ageing men. A buried penis occurs when the shaft of the penis is partly or completely hidden by the bulk of the body fat.

Obesity can also result in excessive fat converting the male hormone, testosterone, into female hormone, estrogen. Such exposure is noted to cause erectile tissues atrophy and testicular shrinkage.

Other causes of the loss of penis length may include smoking, diabetes, prostate operation and scaring of the penis due to Peyronie’s Disease.

Smoking and diabetes damages blood vessels and disrupt the blood flow, preventing it to reach the peak hardness and full potential.

Sadly, prostate operations such as Radical Prostatectomy for the treatment of cancer, can also reduce the length significantly as a segment of the urethral is removed during the operation.

Leonardo da Vinci once said: “Tis the business of little minds to shrink, but they whose heart is firm, will pursue their principles unto death!”

When Dr G is put on the spot, his advice is to keep fit, stop smoking and get rid of the bulging belly.

Despite the effort, if the diminishing manhood is still troubling you, then he suggest: “With the advancing years, focus the mind more on 'action' and little on the shrinkage." 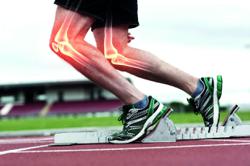