Members of ALDE are European political parties who subscribe to the political philosophy of liberalism and it is the third largest political grouping in the European Parliament. Its parliamentary leader is Guy Verhofstadt, former Belgian Prime Minister.

CALD is a grouping of Asian political parties who also subscribe to the political philosophy and values of liberalism. Gerakan is the Malaysian representative and other member parties include the Democrat Party of Thailand, Indonesia's Parti Demokratik Indonesia-Perjuangan and the Liberal Party of Phillipines.

I was selected to represent Gerakan at the summit together with Jayanthi Balaguru, a senior party leader. Jayanthi is also the Vice-Chairman of CALD’s Women’s caucus and she has a played a key role in ensuring Gerakan and Malaysia is an active player on the CALD circuit.

The topic of the summit was “Bailout, Refugee Crisis and Terrorism: implications for regional integration."

I was asked to speak on the Refugee Crisis and share Malaysia’s experience in dealing with refugees and asylum seekers. My fellow panelist was Chito Gascon, Chairman of the Philippines Commission on Human Rights and the panel was chaired by Anneli Tuulikki Jäätteenmäki, Vice-President of the European Parliament.

I explained that even though Malaysia is not a signatory to the 1951 UN Convention on Refugees and 1967 UN Protocol on Refugees, we have maintained a humanitarian approach to refugees and also done the best we can within legal and financial limits.

I further explained that Malaysia also has a permanent office of the United Nation High Commission on Refugees (UNHCR) and I speak with a degree of authority as I was previously an intern with the UNHCR in Malaysia.

Malaysia has been accepting refugees and asylum seekers since the 1970s with the Vietnamese boat people followed by Filipinos who sought asylum and refuge in Sabah after the breakout of the insurgency in Southern Phillipines in the mid-1980s and as recently as couple of years back, we have become one of the major host countries for the Rohingya and other minorities who escaped persecution in Myanmar.

Malaysia has close to 150,000 individuals registered as potential asylum seekers and refugees with the UNHCR. Further, we have 2.5 million legal migrants and an estimated 4 million illegal migrants.

So we have an estimated migrant population of 25% of the Malaysian population and this presents a complex set of challenges for the government, enforcement agencies and policy makers.

Despite the obvious financial constraints and the stress on our social systems, Malaysia has played a constructive role in assisting dispossessed individuals and those who suffer from persecution. Malaysia also hosts Africans, Pakistani and Bangladeshi Christians and other vulnerable groups and we have always done so out of a strong moral and conscientious obligation to help people in need.

However, I remarked that this kindness has also been taken for granted and abused to a certain degree as we find many economic migrants who have taken opportunity of our kindness and abused the asylum process and that is why Malaysia has taken a harder line in recent years. The painful reality is that we cannot help everyone even if we wanted to.

Back to Europe, the European Union’s value system, which is predicated on human rights and humanitarianism is being tested like never before.  In fact, a number of ALDE officials remarked in private that the migrant crisis has placed more stress on the EU than the financial crisis and bailouts.

And national governments have also become insular in response to nationalistic pressure by citizens who do not want to see migrants flowing freely into Europe and the cost of housing and acclimatising these migrants and asylum seekers have cost billions of euros.

Furthermore, despite its much vaunted openness especially with passport free travel within the EU, the EU now finds itself having to contemplate a limited restriction of the free movement of persons to deter migrants from making the dangerous journey from Turkey or Northern Africa to Europe.

Annelli also remarked that she was somewhat relieved that this is not a uniquely European problem and other countries, with lesser wealth and resources, have managed to tackle this problem in the past.

I replied that nations and government’s must do its best and its first duty is to its people. If governments impose on its people and not listen to them then we alienate them from the political process and they will seek comfort in extremist movements who are willing to say outrageous things only to seek power and further their extremist agenda.

The EU, for all its success and the chief of it is 70 years of peace in a continent accustomed to war and strife, must ensure that the migrant crisis is dealt in a way that does not turn its own citizens against it and in the process undo the fantastic achievements of the union.

I suggested that the EU must look past its freedom of movement, restrict the flow of migrants and reward those who come legally and repatriate those who come illegally similar to what Malaysia has done. I also said that firmness must not be cast as anti-human rights because citizens and legal migrants themselves have human and basic rights that must be upheld as well 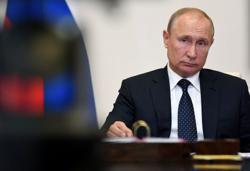 Putin gets invitation from Johnson on coronavirus vaccine summit - Kremlin 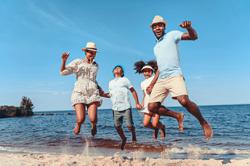 Can Europe's countries save the tourism industry post Covid-19?