Ban on trawling needed to save our seafood

FISHING in Malaysia is no longer a lucrative profession due to the dwindling number of marine life in our ocean. There are too many fishermen, and too few fish. You do the math, there is simple not as many fish to be caught.


In 2003, a general consensus was reached at the National Conference on Management of Coastal Fisheries in Malaysia where it was acknowledged that, “the abundance of coastal fisheries resources has declined substantially and that the coastal fishing sector suffers from excess fishing capacity”.


That is why fishermen have turned to more “effective” ways of catching a maximum yield - such bottom trawling.

Bottom trawling is when fishermen use big nets that are dragged along the seafloor, scooping up anything in its path. The yield is large, but there are many non-targeted species such as turtles, sharks and dolphins that are also caught up in the process.


“Trawling is considered destructive fishing as it has damaging effects to important habitat such as coral reef, which are important habitat for juvenile fish and other species,” said WWF-Malaysia’s senior sustainable seafood officer Chitra Devi. 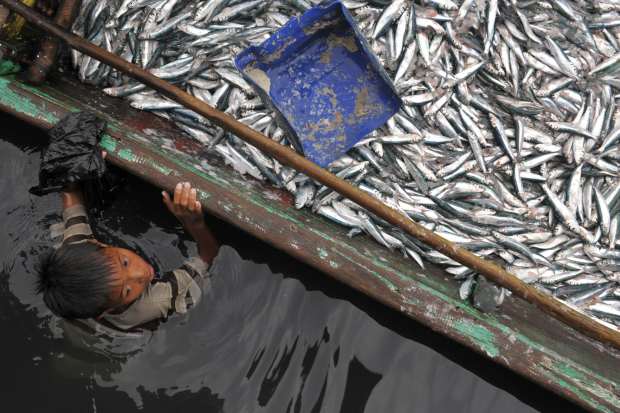 Chitra said that trawling not only negatively affects the fish population as well as endangered marine species, but it can do irreversible damage to marine ecosystems and habitats.


A shocking 95% of damage to seamount ecosystems worldwide is caused by deep sea bottom trawling, according to the UN Secretary General in 2006.


There are currently 6,074 licensed trawl vessels in Malaysia. And due to the sheer amount of fish that are scooped up my trawl boats, they are getting smaller and smaller in size because they simply do not have time to mature.


“Juvenile fish caught is regarded as trash fish and is sold to small fishmeal factories or aquaculture farms where it will be fed to farmed fish,” said Chitra.


She said that trawling activity landed about 659,308 tonnes of seafood, with more than 33% of it’s landing consisting of trash fish and juvenile fish.


“This figure alone is a clear example of the detrimental impact of trawling to non-targeted species,” said Chitra. 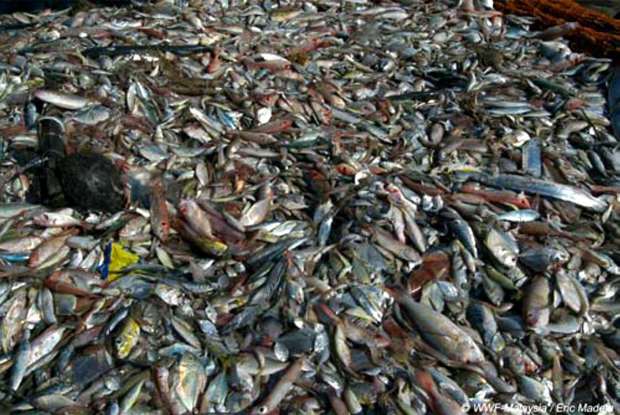 
Executive Director of WWF-Malaysia Datuk Dr Dionysius Sharma applauds the decision to ban bottom trawling, saying that it is a brilliant opportunity to transform Malaysian fisheries into a sustainable industry.


"The impending ban will indeed help to not only reduce overall fishing capacity, but will also have positive implications with regards to the protection and recovery of marine ecosystems and our marine resources which is reported to have been depleted by about 90%,” said Dr Dionysius in a statement.


“The further decision to reopen purse seine licensing presents a great opportunity for implementing a sustainable fisheries entry plan for purse seine fisheries. Whereby for instance, fishing capacity is controlled ideally via introducing conditional subsidies, catch quotas and so forth.

"Gradually, similar means of capacity control ought to be applicable across the board,” he said.


Purse seine fishing uses a large fishing net that is set vertically in the water and encircles a school of fish into a net and drawn into a shape of a bag to enclose the catch.

However, not everybody is happy with the news of the ban. The announcement has sparked outcry from the various fishermen’s associations around the country, where they expressed their concern over the switch from bottom trawling to purse seine.


MCA Youth chief Chong Sin Woon said that fishermen have invested millions of ringgit into trawl boats and that it would cost another million to upgrade their boats for purse seine.


Although I sympathise with the fishermen’s concerns, I believe that the ban on trawling is necessary to rehabilitate our marine ecosystem. It is a fact that the world’s stocks of seafood are on a decline, and that we are overfishing. The scary thing is that if we don’t do anything about it now, our seafood will run out.


Scientists predict that at the rate we are going, seafood would run out in 2050.


The situation is becoming more and more serious as time passes, and I am glad that the government are starting to take steps to address this problem.


However, I urge for the authorities to enforce the ruling and to also take it to the next level by developing more marine reserves (where fishing is not allowed) to rehabilitate our ocean.

I believe that more still needs to be done for our oceans, and governments around the world need to be taking more aggressive action toward the protection and conservation of marine species before humans hunt them down to extinction.

We need to act now, before it is too late.

>  The views expressed are entirely the writer's own.