British-born writer and speaker Alan Watts is best known as the interpreter of eastern philosophy and popularised it for the western audience.

His first best selling book The Way of Zen explored the human consciousness and self-reflections.

Watts once said: “No work or love will flourish out of guilt, fear or hollowness of heart, just as no valid plans for the future can be made by those who have no capacity for living now.”

There are some who may not be proud of their past sexual experiences. Of course, one would hope that such “shameful” encounters be buried and forgotten. It may haunt a person for life.

Can a past guilt and regret result in having no capacity in living now? Can it prevent future love from flourishing? Is the punishment permanent despite remorse and sorrow?

Henry Fielding, the English novelist and dramatist known for his earthy humour and satirical prowess, claimed: “Guilt has very quick ears to an accusation!”

This week, we deal with the grief, sorrow and torment of a reader, living with genital herpes and is contemplating of beginning a new relationship. Does his guilt has ears for accusation and judgment of his mischief?

I am 30 years old and a sufferer of genital herpes.

I know the immediate reactions - many would be judging someone with my condition.

However, I hope I can still have a chance to voice my side of the story.

I became sexually active when I was in university at the age of 23.

My first girlfriend was one year older than me, but had more sexual experience.

We initially had protection when having intimacy, however, after two years of relationship, my partner decided to be on the pills, and I also thought we could do without the condom.

Sadly, I developed some sores on the genital and the doctor told me it was herpes.

I don't blame my girlfriend as she also did not realised she was a carrier.

Needless to say, our relationship did not survive the challenge.

I have been involved in several relationships in the last five years. Unfortunately, all did not last due to the guilt and fear I have that I may infect my partner.

Trust me, there is no single day that I do not feel guilty about the infection.

I have not have any outbreaks since the first time, and I am rather curious how the diagnosis could be made with such certainty initially?

Can you please tell me more about herpes? Is it true the infection is incurable?

Will my sexual partner be infected with intercourse, with no protection?

Can herpes be transmissible through any other ways apart from sex?

Can the lifetime treatment with medicine prevent the spread of infection?

How can I be 100% certain I contracted the infection?

Genital herpes is a common sexually transmitted infection that affects both genders, but the virus transmit more easily from men to women.

This is an infection caused by Herpes Simplex Virus (HSV) that is primarily spreads through sexual contacts.

HSV-1 usually causes cold sores around the mouth, but can spread to the genital during oral sex. HSV-2 is by far more common; the virus is highly contagious through skin-to-skin sexual contacts.

Despite being contagious, the virus dies quickly outside the body, which makes it nearly impossible to get the infection through contacts with toilets, towels or objects used by the infected person.

After the initial infection, many sufferers would be completely symptom-free, as the virus can lie dormant without being activated.

Although there is no visible sore on the genital, the sufferers may still be contagious with sexual contacts.

The typical symptoms of herpes include pain or itchiness approximately ten days after the exposure.

Blisters of red bumps will surface initially, which will be followed by ulceration following the ruptures of the blisters.

The affected areas of the body may include penis, scrotum, urethra, buttocks and anus. Stinging sensation during urination may also be experienced during the eruption.

The recurrence of genital herpes is variable for different individuals. However, the sensation of tingling and pain may emerge before the relapses.

The recurrences are generally less painful than the original outbreak, and heal more quickly. The frequency of recurrences also decreases with advancing age.

Generally, the appearance of the sores with the history of sexual exposure is sufficient to make the diagnosis.

Others may choose to undergo antibodies or even DNA testing to establish the presence of the infection.

Generally, genital herpes is not life threatening. However, the infection increases the risks of contracting other sexual infections, including HIV.

The virus is also known to cause infection to the rectum, meningitis and even blindness or brain damage of newborns. Therefore, a caesarean section of the pregnant infected mother is usually encouraged.

Herpes is not curable but treatable. The antiviral can help to heal the sores, lessen the severity of symptoms and reduce the frequency of recurrences.

Most sufferers take the medications only when faced with outbreaks of symptoms. Others opt to take the antiviral daily for life to minimise the transmission of the virus to partners.

It is not an easy journey to forgive yourself for the mistakes made, especially if it involves sex.

Contracting herpes can induce guilt, embarrassment, shame and anger amongst other emotions. This in turn may cause resentment of the past relationship and fear of rejections in future intimacies.

Cocco Chanel once said: “Guilt is the most painful companion to death”.

Open communications and taking precautions can ensure the pleasure of sex without the displeasure of guilt. 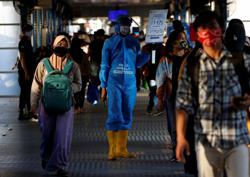