I have a passion for Aston Martin. There is something completely hypnotic about this iconic James Bond wagon that can make any boy salivate. I am often puzzled by how Aston is so effortlessly cool and completely spellbinding, with or without its affiliation with Bond.

Needless to say, the recent christening of the 24th Bond movie, Spectre, had generated a whirlwind of excitement. The exhilaration was not just for the diehard Daniel Craig fans but also for Aston enthusiasts. The DB10 will give us a glimpse to the next generation of cars.

Well, although Jobs is my hero (Not in the same caliber as Bond, of course), I don't completely agree with his view about cars. For me, the more I understand how Aston Martin works, the more passionate I am about it.

On this note, we are addressing this week’s issue on a different drive - sex drive!

My name is Linda, I'm a mother of two and has just reached 40.

Although my husband and I have a healthy sexual relationship, I noticed my desire for sex has somewhat dampened, compared to my husband.

I would like you to clarify certain issues about sexual desire.

What controls sex drive and what are the differences between men and women?

Is it true that men and women have disparity in sex drive from the age of 40 and above? Does that mean women’s sex drive is completely dwindled after this age?

Is there any treatment that can improve sex drive?

I thank you for taking the time to answer my query.

Sexual desire is a motivational state. It is a wish, need or drive to seek out for sexual object or engage in sexual activities. Of course, the desire is completely subjective and varies significantly from one person to another. Not surprisingly, such motivation also varies depending on circumstances at a particular time.

The notion that men have higher sex drive than women has been argued for many generations. Sadly, such gender disparity is the basis of many break-ups in relationships, divorces and “extra-curricular” activities. The scientific data highlighting the lesser sexual desire in female is not exactly robust.

Many researchers argue men have significantly higher sex drive and desire than women, even in advancing age. Such finding is based on the observations that men have, on average, a larger number of sexual partners than women in their lifetimes.

This is an unfair comparison as the sexual desire in women is also significantly influenced by the relationship status and cultural values.

The need for intimacy in women is affected by relationship issues such as partners’ performance problems, lack of emotional satisfaction in relationships, child bearing and being a caregiver.

Sociocultural influences such as negative views of female sexuality can also have adverse influence on the desire for sex in women.

As the loss of sexual desire in women is caused by a combination of physical and psychological factors, the treatment cannot possibly be as simple as popping a pill to fix the problem for women (in fact the same should apply for men, too).

Although the vaginal estrogen cream is widely use to overcome vaginal dryness in post-menopausal women, such intervention has minimal benefit in younger women with normal hormone levels.

Such hormonal replacement has not been approved, as the dosages and the post treatment efficacy are difficult to quantify.

The problem solving strategy for sexual desire restoration should begin with open and frank discussion of sexual feelings and desires in the relationship. Seeing a doctor for the exclusion of medical problems, such as hypothyroidism, is also helpful.

Many doctors are also willing to take on the responsibilities to initiate mediation and relationship counselling, that may open up difficult discussions about intimacy.

In the era of Sex in the City and Desperate Housewives, it is becoming increasingly apparent that the sex drive of women may not be as dampened as previously thought, even with advancing age.

The female sexual desire may be enhanced in a less restrictive socio-sexual orientated society. In my opinion, the gender disparity in sexual desires will become less pronounced when a society accepts the open discussion of sexual needs in women without critical prejudice.

In view of that, more scientific research work and awareness should also be placed in female sexual health.

Aristotle, the Greek philosopher, once hailed as the first genius scientist in history said: “The worst form of inequality is to try to make unequal things equal.” Lets hope one day, there will be equality in both male and female sexual health. 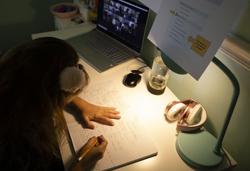 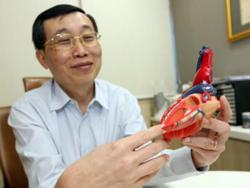