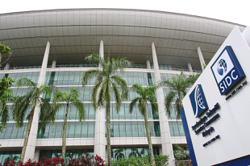 WHEN the United Kingdom voted to exit the EU, one of the key reasons was the contentious issue of immigration, especially the influx of foreign labour into Britain mainly from eastern Europe.

Many of the foreign workers were employed in hotels, logistics and other jobs, which the locals shied away from. But after Brexit, the UK is feeling the impact of the absence of immigrant labour.

It began with companies facing a shortage of truck drivers to deliver milk to supermarkets. A similar situation then rocked the petrol supply chain. There were long queues at gas stations as a result of the truck driver shortage.

We have yet to see the impact on the hotel industry, which also employed many workers from eastern Europe. During the Covid-19 pandemic, the hotel business was badly affected. Now that recovery of the tourism industry is on the horizon, the shortage of workers may be felt soon.

Issues related to foreign labour are also being intensely debated in Malaysia. According to the Human Resources Ministry, Malaysia currently hosts about 2.1 million documented foreign workers, who account for about 14% of the domestic labour force. If we were to take into account the ones who are undocumented, the number may even exceed three million.

Much of our economic activities, particularly in the manufacturing, construction and plantation sectors, depends on low-cost foreign workers. During the pandemic, restrictions imposed on the import of foreign labour caused many businesses to suffer. The palm oil industry alone lost billions of ringgit in unharvested oil palm fruits because of insufficient workers.

A 2013 study by the World Bank on the impact of immigrant labour highlights the benefits these workers bring to the economy as a whole. The report suggests that the positive benefits were felt largely “in sectors like agriculture and mining, construction and non-domestic services, where unskilled immigrants clearly complemented better skilled native workers by doing tasks that the latter were reluctant to do.”

It has become clear that it is impractical for countries to be fully rid of foreign labour. What is important is how the process of bringing in such workers is managed. It has to be a win-win formula.