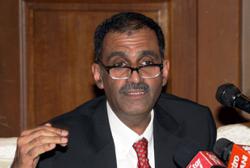 IT is heartening to note that the Royal Malaysia Police has requested the Home Ministry to expedite the procurement of body-mounted cameras for its frontline personnel.

Prime Minister Tan Sri Muhyiddin Yassin had announced on March 25 that the government had approved RM30mil for the purchase of the cameras. This augurs well for transparency and integrity of the force.

I have no doubt the officers involved will rise to the occasion and adapt quickly to wearing these devices.

However, getting these cameras on the relevant personnel, such as patrolling and investigative officers, will not be effective if there is no independent body to enquire into any allegations of abuse of power, corruption, misconduct and etc.

An independent body, such as the proposed Independent Police Complaints and Misconduct Commission (IPCMC), will, in the long run, help to establish a more professional police force.

Setting up this independent body is even more imperative now in view of the revelations by former Inspector-General of Police (IGP) Tan Sri Abdul Hamid Bador of an alleged cartel within the police and the spectre of internal collusion of those entrusted to keep the discipline.

I believe the IGP has to be at the forefront in making the police force not only transparent but also totally accountable and responsible to the criminal justice system without the involvement of the Executive.

It is undoubtedly a tedious affair to gather admissible evidence from the time investigations are started, especially after an arrest takes place. Time is of the essence, of course, but it must be emphasised that adhering strictly to procedural law and allowing the criminal justice system to act as a transparent check and balance throughout the initial stage of investigations will raise police credibility and ultimately win the hearts and minds of all concerned.

Evidence procured must be able to withstand the test of veracity and credibility throughout the investigation and prosecution stage, and lead to a conviction that can withstand all the tiers of appeal. This should be the ultimate objective of police work in fighting crime and keeping public order.

The means used must be judicially acceptable within the realms of natural justice. The onus then is on the police to impress upon the Legislative branch the need to enhance their tools of criminal investigations, specifically in serious crimes involving hardcore criminals.

Body cameras will undoubtedly bring added pressure to officers on the ground. They must therefore ensure that they are prepared physically and mentally for this approach. Being unprepared could bring more damage to their image.