Short-term thinking is destroying our rainforests

THE Kedah state government’s rush to resume logging activities in the Greater Ulu Muda Forest and the Terengganu state government’s decision to degazette the Belara Forest Reserve to make way for plantations are proof that politicians are incapable of thinking of the long-term consequences of their decisions or prioritising the future of the planet and country.

Clearly, lessons taught by the Covid-19 pandemic on the importance of preserving ecological balance and biodiversity are lost on Malaysian political leaders, who are not wired for long-term thinking.

The United Nations Food and Agriculture Organisation reports that Malaysia has seen a 60% decline in log exports since 1980 due to the decline in harvestable forest products. Surely there are enough clear indicators that the over-harvesting of timber and forest products in the short term will lead to a greater loss of potential earnings in the long run while increasing the risk of environmental disasters.

In spite of the fact that forests are made up of flora and fauna that are capable of propagation and regeneration, tropical rainforests are hardly the renewable resources that politicians take them for. Primary forests are complex and fragile ecosystems. Once disturbed for logging, quarrying or agricultural activities, secondary forest species and recolonisers such as fast-growing climbing plants and epiphytes grow in the clearings created by human activity. Over time, these recolonisers overtake the primary rainforest species in their numbers and affect the composition and biodiversity of a forest, changing its very nature, and increasing the risk of mass extinction of thousands of species.

Disturbed and cleared rainforests, even if fortunate enough not to be clear-cut and converted into plantations, quarries or dams, end up becoming unproductive wastelands that are incapable of supporting wildlife or providing the same variety of ecosystem services, such as flood mitigation and carbon sequestration, as primary rainforests.

The reduced ability of a cleared or decimated forest to absorb solar energy and release water vapour leads to higher temperatures and a decline in rainfall.

The Greater Ulu Muda Forest, for instance, is a critical water catchment area for the northern states of Kedah, Perlis and Penang and supplies water to, among others, the Ahning, Muda and Pedu dams. Ulu Muda further provides economic and socio-cultural services including ecotourism, the harvesting of forest products and a home for indigenous and rural communities.

According to the World Wildlife Fund for Nature (WWF) Malaysia, the Ulu Muda forest complex supplies as much as 96% of Kedah’s, 50% of Perlis’ and 80% of Penang’s water supply. In addition to supplying water for domestic, industrial and agricultural use, Ulu Muda also provides vital ecological services such as climate regulation, soil erosion prevention, biodiversity conservation and maintenance of soil, water and air quality.

The 2016 drought affecting the northern states of Peninsular Malaysia was directly linked to logging activities in the Ulu Muda forest complex, which affected climate and water cycle patterns, resulting in a massive decline in dam water levels and a postponement of the padi planting season.

Logging in Ulu Muda would affect the survival and food and water security of a significant percentage of the population of northern Peninsular Malaysia. Is the Kedah state government prepared to deal with the environmental and economic fallout of the deforestation of Ulu Muda?

As for the Belara Forest Reserve, this lowland tropical rainforest, which is home to Great Hornbills and other vulnerable and endangered species, was surreptitiously degazetted to make way for palm oil plantations. We can already foresee some of the immediate adverse impacts of the degazettement and deforestation.

Orchard owners whose lands surround the Belara Forest Reserve will see reduced yield and more contamination of soil and water due to the agricultural chemicals used in conventional oil palm cultivation. When forests are cleared, malaria and dengue infections will rise. Landslides and flash floods will be a common occurrence, as ground cover crops are eliminated in monoculture plantations. Perhaps there will be another disastrous flood, more severe than the one that destroyed much of the east coast in the monsoon season of 2014-2015. Is that the price the people of Terengganu are willing to pay for a few extra jobs that come with the opening up of new plantations? Is the Terengganu state government willing to bear the healthcare costs of mosquito-borne diseases and respiratory illnesses arising from haze and poorer air quality? Does it have plans to deal with increased human-wildlife conflict and water and food insecurity following deforestation, floods, drought and haze?

Until state governments can explain such plans to us in detail and persuade us that they are equipped to handle the loss and damage arising from the destruction of forests, they cannot be said to be acting in the best interests of the state or its citizens, and their actions therefore lack moral and political legitimacy.

Politicians need to be able to look beyond the next five to 10 years and think about the future of the country in the next 50 to 100 years. Those who are unable to do this have no place in a responsive and democratic society. 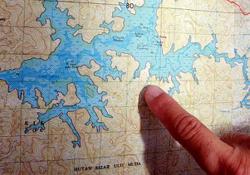 Legal effect of booking fees
High time for master plan on climate change
Education for sustainable development
Improve retrenchment benefits for the over 50s
Blown away by act of compassion
Malaysian university professors then and now – there is no comparison
Everyone deserves equal protection under the law
Vaccine misinformation danger
The Covid-19 battle is everyone’s responsibility
Are the right sectors being shut down?