Workers and pay cuts in times of crisis

THE Minimum Wages Order 2012, which was enacted to increase workers’ standard of living and reduce poverty, makes it mandatory for employers to pay their workers the minimum wage stipulated in the Order. Workers are, however, entitled to contractually agree to higher wages than the minimum.

Further, an employer is not allowed to delay paying wages, as prescribed by the Employment Act 1955; this is no later than the seventh day after the last day of any wage period. Failure to pay the wages when they fall due is an offence and, if convicted, the employer can be fined.

As wages are a fundamental factor in an employment contract, their non-payment or even any unauthorised deduction would constitute a fundamental breach of contract. The affected worker may resign and have his resignation treated as a constructive dismissal because the employer has, by non-payment of wages when they are due or by unauthorised deduction, repudiated an essential term of the contract.

However, the Covid-19 pandemic has severely impacted many businesses, with many having to close. Despite the government’s wage subsidies and employment retention programmes, many employers have resorted to pay cuts – and hence the issue of legality arises.

I would argue that employees should understand their employers’ predicament and be cooperative by agreeing to a temporary pay cut, a measure primarily intended to avert retrenchment. An employee who resists pay cut measures, thereafter alleging constructive dismissal may not find their claim favourable because the pay cut is made for legitimate business reasons.

It must be noted that our labour legislations promote social justice and not legal justice where a balance is drawn between competing claims. The court is required to balance, for instance, a worker’s right to contractually agreed wages with the employer’s legitimate reasons for pay cut measures during the current harsh economic conditions.

The notion of social justice was aptly noted by the Industrial Court in “Vincent Pillai Leelakanda Pillai v Subang Jaya Hotel Development (2018)”: “A workman’s right and status under his employment contract are not to be decided solely on the basis of the law of contract, and neither is a workman’s security of tenure to be dependent on the absolute discretion of his employer or on the terms and conditions of his contract of employment. His rights are to be determined on the basis of fair labour practice, equity and good conscience to ensure that the principle of security of tenure is not undermined and social justice is dispensed”. 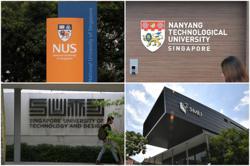 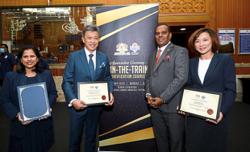 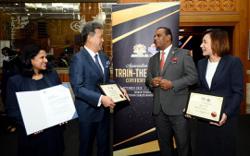