An effective use of social media 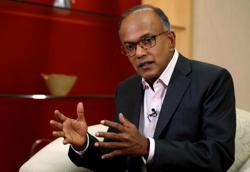 OVER 120 countries are now fighting confirmed and suspected cases of Covid-19, with the highest number of cases outside China recorded in South Korea, Italy, Iran and Japan as of earlier this month.

While governments are grappling with medical measures to treat and contain Covid-19, there is a lack of action against online malice and in using social media effectively in the battle to reduce mass panic. The way in which the Singapore government uses social media to ease the concerns of its citizens and combat misinformation online provides important lessons.

On hearing news of the outbreak, the immediate reaction of citizens is often anxiety and panic. After reporting the first cases of Covid-19, Singapore’s government took steps to reduce panic by updating citizens regularly via social media. After Singapore raised its Disease Outbreak Response System Condition level from yellow to orange – a higher risk of spread – citizens began hoarding groceries, toilet paper, masks and thermometers. But the government was quick to reassure and calm citizens.

On Instagram and Facebook, posts were shared of Home Affairs and Law Minister K. Shanmugam visiting a popular supermarket, , assuring the public that shelves were adequately stocked. In a video message, Prime Minister Lee Hsien Loong told Singaporeans that the government is well-prepared and will be stepping up its medical measures to fight the disease. And much of the panic hoarding subsided after the media began reporting that Singapore is sufficiently stocked with food and essential supplies. The government also implemented temperature checks in high traffic public spaces such as gyms and cafeterias.

One of the best ways to stay in touch with citizens is through the popular messaging application WhatsApp. WhatsApp is often criticised for being used to spread fake news, especially in large countries like India. But Singapore’s government uses WhatsApp to regularly update citizens on the number of Covid-19 cases, disperse news on precautionary measures and debunk fake reports via a broadcast group called Gov.sg.

For instance, a WhatsApp message was circulating warning citizens to avoid certain places that suspected cases had visited. But Gov.sg stepped in, claiming that the message was false. Gov.sg also stated on Facebook that “there is no need to avoid places where suspected or confirmed cases of (Covid-19) have been” and that “the risk of infection from transient contact, such as in public spaces, is low”.

WhatsApp is regularly used to send updates on how to maintain hygiene and disinfect public spaces and public transportation. In early February, reports of surgical masks running out of stock went viral on social media. The government immediately supplied four free masks per household to ensure even distribution and reduce mass hysteria. Citizens could track where to collect masks by joining their zone groups.

There are lessons to learn from Singapore’s response to Covid-19. Using social media effectively and providing regular updates can curb panic and keep citizens better informed. The media has also been increasing focus on positive aspects and highlighting the continuous support provided for healthcare workers since the virus began to spread. After every case reported, the government has also focused on the number of cases cured and discharged. Balancing reporting on positively and negatively tested cases has been critical in keeping citizens calm through the epidemic.

Governments must also educate citizens on how to handle fake news.

The Singapore government swiftly provided a detailed report on the misinformation that was published and clarifications from reputable sources of information. Singapore’s creative way of dealing with Covid-19, particularly online, has been effective in restoring normalcy.

The Protection from Online Falsehoods and Manipulation Act in Singapore seeks to prevent the electronic communication of falsehoods, defined as false statements of fact or misleading information. Since the law first came into force, it has been criticised extensively for primarily targeting civil activists, non-governmental organisations and political Opposition figures. While there is a need to fight online fake news globally, this law has exposed the perils in not defining the fine line between news and opinion.

In the battle against Covid-19, Singapore’s measures to fight the spread of online misinformation shows the efficient role social media could play in restoring normalcy and keeping citizens informed in an otherwise uncertain environment that continues to generate mass panic in other countries.

The writer is a research analyst at the National University of Singapore’s Institute of South Asian Studies (ISAS). This letter first appeared on the East Asia Forum 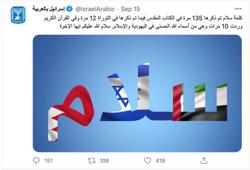