From a patient’s perspective THIS issue of whether we should separate the prescription and dispensing of medicine between doctors and pharmacists cropped up after the number of pharmacists in the country started to increase some 10 to 20 years ago. If I remember correctly, as expected, the pharmacists were the ones who first raised this issue, as the practice since the early years right up to now has been that doctors prescribe and dispense medicines.

In recent days, as the debate on imposing this separation of duties arose again, the Malaysian Pharmaceutical Society and the Federation of Private Medical Practitioners Associations have each offered their views – the former obviously is for separation while the latter wants to keep the status quo.

Who should we, the patients, listen to? Who is right? Should we care about what is happening in other countries?

I have not read much the views of patients themselves. So I thought I will share mine. I have no interests on either side except as a patient. I am 60 years old and I am not a doctor or pharmacist, and neither do I have family members who are doctors or pharmacists.

Why do we need to change something that has worked so well for us these past decades? Why do we need to change the status quo where private doctors prescribe and also dispense medicine? Have many patients complained? Yes, they have complained about the terribly high costs of treatment in private hospitals but few, as far as I am aware, have said the same of private medical practitioners who have set up their own clinics all over the country, from big cities to small towns.

There may be more complaints soon with the deregulation of the fee structure for such doctors recently by the Health Ministry. But even then, I believe the majority of, or even all, patients will agree with keeping the status quo when it comes to medicines. It will be really inconvenient for a patient, especially one who is very ill, to have to go looking for a pharmacy to get medicines after seeing a doctor.

Cheaper to get medicines from the pharmacies? Who said so? I believe it is cheaper in the current system, as the doctors have already earned some income from the consultation fees and will probably charge only a little bit more for the medicines to recoup costs. If there is separation, what do you think will happen when pharmacies know that you have no choice but to go to them to get the medicines, even if they say they can sell at lower prices because they get their supplies in bulk?

Please listen to patients before making changes to the current system. Please don’t say that pharmacists also have to earn a living. Nobody asked them to become pharmacists. Pharmacies, I can tell, are already making huge profits with the current system. How do I know? Just look at the increasing number of pharmacies sprouting in your township!

We need doctors more than pharmacists. We have been managing well in all the decades since independence. So why the need to change? And, no, I will not be rewarded by the Federation of Private Medical Practitioners’ Associations for this letter. 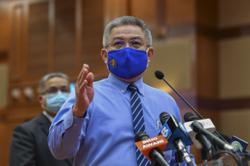