The average Malaysian consumes 75.5g of sugar a day, which is far more than the recommended 50g. In a bid to be healthier, more people are turning to sugar substitutes, assuming that it is healthier than refined sugar. - Marco Verch/Flickr

THERE are about three million obese Malaysians – and the number is increasing – while there are about five million individuals who suffer from varying degrees of diabetes. Malaysia is ranked sixth in the Asia-Pacific region for obesity and tops the list in South-East Asia for both obesity and diabetes. To address this issue, the government will be imposing a sugar tax from April this year, aiming to reduce consumers’ sugar consumption. The Federation of Malaysian Consumers Associations (Fomca) supports the move. Yet, tax alone will not change eating behaviours.

The World Health Organization (WHO) has been promoting taxes on sugary drinks, as over-consumption of sugar is a major contributor to obesity, diabetes and tooth decay. Sugary drinks are a major source of sugar in the diet and its consumption is increasing in most countries, especially among children and adolescents.

According to WHO, taxes on sugary drinks help reduce consumption and prevent obesity. Furthermore, there is substantial savings on healthcare costs, as diseases associated with high sugar consumption – such as high blood pressure, diabetes and tooth decay – are reduced.

Apart from reducing the consumption of sugar, another positive effect is that food manufacturers would reduce the use of sugar in their food and drinks and seek to provide healthier food choices to consumers. In Britain, for example, when the authorities announced in 2016 that a sugar tax would be implemented on April 6, 2018, some food manufacturers began to change recipes ahead of the tax so that the sugar content would be lower.

Apart from tax, the consumer’s environment also needs to be changed. There needs to be stricter regulation to reduce the marketing of unhealthy products, especially to children. Unhealthy food marketing should be banned on children’s TV channels and advertising time limited in the normal channels to only late at night. In public places such as schools, government offices and hospitals, the marketing and sale of sugary drinks should be entirely eliminated.

For consumers of pre-packaged foods who wish to make informed dietary choices, such as identifying which foods are high in fat, salt and sugar, or choosing the healthiest option from a range of pre-packaged foods, the nutrition information provided in the packaging is key. Labelling of foods needs to be simplified. The government should impose “traffic light” labelling so that consumers can easily identify the healthy foods from those with excessive sugar, salt or sodium. Thus, Fomca is calling for nutrition labelling that helps consumers to quickly and easily interpret the nutritional value of packaged goods.

Finally, there needs to be extensive mass media campaigns to highlight the risks of unhealthy food and the benefits of healthy eating. Consumer education should be targeted at school, work places, youth and women groups and community groups to promote healthy eating behaviours and healthy lifestyles. Clearly, apart from just taxation, a comprehensive approach needs to be undertaken to promote healthy living.

Fomca also hopes revenue collected from the sugar tax will be channelled into healthy living campaigns aimed at every level of society. 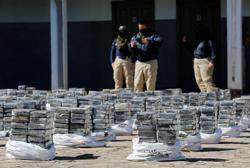