SATPAL WHY YOU NO CAPTION?????

WE often moan about the inadequate number of hospitals being built and overcrowding in the existing ones. This was observed by the Health Minister himself during a recent visit to Hospital Kajang.

On the other hand, many Malaysians seem to be not bothered when their country is cited not only as having the highest obesity and diabetic rate in Asia but also among the highest in the world.

We are now also seeing the emergence of the anti-vaccination movement, home birth advocates and predilection for health supplements. These are the signs and symptoms of a low level of health literacy among Malaysians.

The World Health Organization defines health literacy as the cognitive and social skills which determine the motivation and ability of individuals to gain access to, understand and use information in ways which promote and maintain good health.

There is no official data on the health literacy of Malaysians but many of the fragmented studies conducted thus far show that it is at a worrying level.

Health education was introduced in schools in 1988 and was taught as the combined subject of Physical and Health Education. It was split after a curriculum revamp in 1999. Currently, the Education Ministry stipulates that 75% of the lesson is allocated to reproductive and social health, 15% to diet and 10% to first aid.

However, based on the latest Adolescent Health Survey conducted by the Institute for Public Health in 2017, 13.8% of schoolgoing adolescents are smokers, 10.2% are alcohol drinkers and 7.3% are sexually active.

It is important to note that the statistics exclude dropouts and there is a possibility of under-reporting despite anonymity being assured.

While it is commendable that we have long incorporated health education as part of the compulsory syllabus and it is at par with many developed countries, the topics are not diversified and the content does not fully meet the present healthcare scenario. In fact, the existing topics on the three main areas are repetitive from Year One till Form Five.

Students should be exposed to information about how our healthcare system operates and the nature of work for healthcare staff so that they would be more tolerant and avoid misusing the facilities. In the digital age, it is equally important to teach them how to search for credible sources of health information. Even though strong emphasis has been put on reproductive health education, many students are still clueless about the various methods of contraception upon entering adulthood.

One of the major obstacles in teaching the subject is lack of confidence and experience among teachers even though they were trained beforehand. It is understandable, however, as some parts are more technical and may be difficult to comprehend, let alone to teach.

One way to overcome this problem is to involve students from the medical, nursing and other healthcare undergraduate courses to help conduct the classes under supervision.

After all, they themselves are going to be health educators in the future.

Basic pathophysiology of common diseases such as diabetes, high blood pressure, stroke and heart attack should also be introduced to the secondary school students.

This would enable them to understand the prevention methods and need for treatment. Low level of health literacy has been shown to result in communication gaps between doctors and patients as well as non-compliance to the treatment plan.

Positive health behaviours should also be instilled, for instance receiving vaccination and undergoing screening tests like pap smear and mammogram.

The involvement of parents is also imperative in health education. For example, talks on mental health could help parents to recognise symptoms of this illness in their children. This would be very pertinent as the survey mentioned earlier also found that 10% of students had experienced suicidal thoughts and 6.9% had attempted suicide.

Lessons on first aid skills like cardiopulmonary resuscitation would be beneficial to the parents as well.

As Nelson Mandela said, “Education is the most powerful weapon which you can use to change the world.” By revamping our health education with collaboration from the relevant ministries, our future generations would have a higher level of health literacy and better health status. 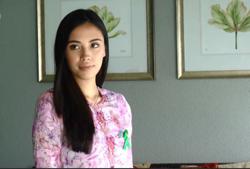 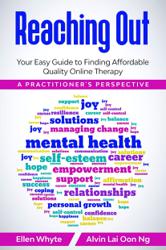