City in danger of losing its soul

A dose of life: A huge mural on the now abandoned Serani Row, injecting a dose of life to the forgotten buildings.

I REFER to the StarMetro report “High-rise project planned in place of Serani Row” (March 21) wherein the past president of the Malaysian Institute of Architects (PAM) Saifuddin Ahmad was quoted as saying that it would be difficult to preserve Serani Row unless there was governmental intervention. I fully agree with him.

Having seen the structures a fortnight ago before they were demolished, I was saddened because despite their dilapidated condition, it was clear that Kuala Lumpur had lost another eminently restorable landmark. There have been too many demolitions of such buildings for development projects.

The houses at Serani Row (pic) should not have been demolished as they were pre-war homes with a vibrant account of the Eurasian community.

Heritage trails and other walking tours are currently being lined up to attract visitors to Kuala Lumpur, which raises the question why there wasn’t any coordination between the National Heritage Department and Kuala Lumpur City Hall in getting professional input before a heritage structure such as Serani Row was allowed to be torn down. The tourism potential of Serani Row was obvious as the area is packed with tourists visiting KL Tower and other nearby landmarks like Old Malaya, a successful food and beverage centre.

A Central Market concept could have been devised to convert Serani Row into an international tourism attraction similar to Kasturi Walk along the old Rodger Street and the River of Life project at Victory Square (now called Medan Pasar).

But another heritage area has been destroyed due to the inability of Kuala Lumpur City Hall to coordinate planing with the Tourism and Culture Ministry, National Heritage Department and local preservation societies such as Badan Warisan and even professional societies like PAM, which could contribute ideas.

There are many other lost and forgotten landmarks requiring protection and it is only a matter of time before these will also be lost forever to future generations of Kuala Lumpur residents.

Conservation should not be limited to just places connected with historical figures either. Unique structures built in older architectural traditions, such as the Sino-Malay Palladian buildings and various other styles currently gazetted under the National Heritage Act 2005, should be included too.

In addition, the Federal Department of Town and Country Planning Peninsular Malaysia, in its circular “Warisan Senibina dan Kepentingan Sejarah”, has stated that for the purposes of the Town And Country Planning Act 1976, the department recognises in urban planning the need for heritage building conservation.

The importance of this Federal Government advisory appears to have been largely ignored by the local authorities, however.

There are various other enclaves in KL that have such buildings, including Jalan Imbi where there are buildings constructed in the 1930s.

I am afraid that if concrete steps are not taken, KL will lose much of its historical buildings, which will result in a reduction in earnings from tourism since tourists generally do not come to see modern structures. In this regard, the potential of Serani Row is lost forever. Regulations and other bylaws have to be enacted under the National Heritage Act 2005 as well as City Hall’s laws to list all pre-war buildings. This should prevent their demolition until all applications for development are vetted with the National Heritage Department’s input as well as local preservation societies. 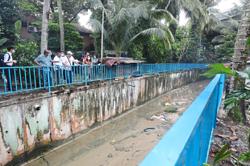 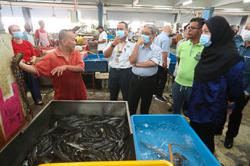