Lessons of patriotism in the fast lane 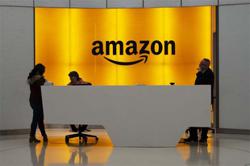 WHEN I see the word fast I can only associate it with the fast and furious movie franchise. To this day the franchise has released seven movies in this series.

To many people this movie is like a religion to them. They keep themselves up to date with the latest characters and types of cars added to the franchise.

I too am an avid movie fan. I go crazy over this movie. I bet many people share the same feelings.

On Nov 30, 2013 a catastrophic accident took place in Hercules Street in Santa Calrita, California. This date will be etched in the hearts of all fast and furious fans. We lost one of the lead actors, Paul Walker. Many fans were shocked and were left speechless over his demise.

During this time actor Vin Diesel met the late Walker’s fans and offered a few words to console them.

He said that Paul Walker will continue to live in the hearts of his fans and he is indeed an angel in heaven.

Even though he said only a few words, they will be embedded in many people’s hearts like concrete.

At that moment I knew that he shared a strong brotherly bond with the late actor on and off the screen.

We, as citizens of Malaysia, should follow values and also spread around the love by not seeing colour, race or religion.

We should be strong and united as the fast and furious team.

Remember it is easier to break a stick but it is not easy to break a bundle. We Malaysians should always stay strong and not let rumours break us apart.

A few days ago the latest sequel to the fast and furious franchise was released.

People who love cars will indeed enjoy this movie. There were cars ranging from the Lykan Hypersport to Bugatti Veyron. All types of cars were used in this movie.

James Wan did a good job directing the movie. It has a balance of humour and action.

Stephen F. Windon did a good job in capturing all the action scenes.

The movie is indeed an adrenaline rush. It was like a roller coaster with many ups and downs and unexpected turns.

I think what we can learn from this is that we too should be proud of our team, which is Team Malaysia.

We should be united as them and work around our strengths and weakness to form a stronger nation.

This is indeed an awesome movie and we can learn a lot from it. It has many hidden values. We must extract them and try to follow them.

PS, don’t drive as fast as them!

Opinion , Letter on fast and furious 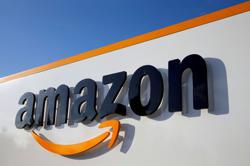 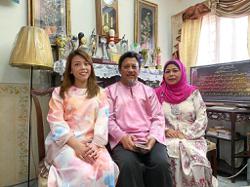 MMA calls for immediate audit on Covid-19 test kits of questionable quality in the market
Solidarity with and in support of Palestine: Ongoing Israeli onslaught against Gaza
Do you have high blood pressure?
Spread kindness, Corporate Malaysia
Improving vaccination experience
These toxic masks should not be sold here
MCA condemns Benjamin Netanyahu for humanitarian crisis in Gaza
Call out Israeli atrocities
No reason to demonise an entire country
Fine social network companies that suppress free speech