Thin line between honour and terror

FOR a Muslim, the line between fighting a “holy war” and terrorism seems to have blurred. Over the recent weeks parents have been watching a television advertisement cautioning them not to allow their children to grow up to become jihad warriors.

The advertisement begins with a cuddly baby being picked up by his father, then traces his growing years. Graduating from university, he sports a little goatee, symbolic of his allegiance to Prophet Muhammad.

In the end, the young man is killed. A grieving father weeps.

It almost seemed a prophetic description of the life of Dr Azahari Husin, 47, the Reading University PhD graduate who years later gave up his promising career at the Universiti Teknologi Malaysia to make bombs. He died in a hail of bullets.

Afghanistan provided a convenient training ground. The Mujahideen are ready tutors. I suppose from pesantren to Afghanistan is not that long a skip away.

But not all who embrace jihad were brought up in the pesantren.

Azahari studied at the Malay College Kuala Kangsar before leaving for Britain. He looked like a most unlikely explosives expert. I would definitely have given him street directions had he stopped me to ask.

Nor are all devout Muslims potential terrorist recruits. Many who grew up in the Islamic resurgence of the 1970s and 80s continue to spread the faith through dakwah activities.

Tabligh members, for instance, teach, treat patients and help rebuild dilapidated houses from Terengganu to Pakistan. Islam, after all, is worldwide.

A long, long time ago, when I attended my first ceramah in Marang, Terengganu, by now PAS president Datuk Seri Abdul Hadi Awang, the congregation of devout shouted “Allahu akbar!” at the close. I was terrified. I thought they were trying to exorcise the gathering of the less-than-committed.

Years have passed and humbly, I hope to have become more of a practising Muslim. Certainly PAS has come full circle, having returned to its more “open political party” identity, shedding its once “extremist” image.

I do not, and perhaps never will, understand the mind of a terrorist.

What prompts Muslims to build cross-border networks of resistance? What makes them think that building bombs or recruiting agents or seeking financial backing for the cause is the answer to the United States dominated and economically lopsided world? Or tragically, for that matter volunteering as a suicide bomber?

Among the Palestinians, one can perhaps try to envisage a life hardened by deprivation. Boys of 13 traded in toy guns for real hardware, having seen their fathers and brothers killed in the cause. Social norms may have driven them to retaliate. Or they simply had nothing left to live for.

But elsewhere, and specifically in Malaysia, what was the impetus? How did dying for Islam suddenly become a badge of honour?

Malaysia’s solution is to lock up activists who the Home Ministry believes to be a threat to national security and peace – in Kamunting, under the Internal Security Act.

Meanwhile, regional concerted action against terrorists will only drive them to regroup in another guise.

Terrorism, of course, is not confined to Muslims. A true believer of any cause, if translated into violence, can be a terrorist: the Japanese Red Army’s defiance, the Tupac Amaru Revolutionary Movement’s 1996 hostage-taking in Peru, the 1995 bombing of the Alfred P. Murrah Federal Building in Oklahoma City, Kansas, were all acts of terrorism.

But in the South-East Asian context, terrorism does wear a Muslim face. Scary. And ironic. For Islam forbids suicide – it is considered an unpardonable sin. 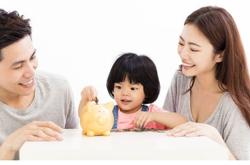