Is our Covid-19 Bill the panacea? Hit hard: Covid-19 has left a wide swathe of destruction in its wake in Malaysia too. Banners of property for sale in front of a row of closed shops in Kuala Lumpur.

This Bill does not appear to be fulfilling its real purpose, which is to suspend, for a specified period, enforcement of contractual obligations against a defaulting party, who is usually the weaker party and does not have an equal bargaining strength with the other contractual party.

FINALLY. Malaysia’s much awaited version of the Covid-19 Bill (“the Bill”), entitled the Temporary Measures for Reducing the Impact of Coronavirus Disease 2019 (Covid-19) Bill was tabled for first reading in the Dewan Rakyat on Wednesday.

The Bill comprises 19 parts and 59 clauses. It seeks to modify 16 written laws. The modifications will have retrospective effect with most of the main provisions coming into effect on 18 March 2020, the day when the movement control order first came into operation. If passed, this law will prevail over any other written law in the event of any conflict or inconsistency between them.

The Bill is not expected to come into force until probably after September 2020, that is, after it has been passed by Senate; royal assent has been obtained and it is published in the Gazette. Singapore was able to pass her COVID-19 (Temporary Measures) Act, 2020, all on the same day on April 7,2020, primarily because her Parliament is unicameral.

The following are some of the statutory modifications proposed by the Bill:

> A one-time extension to 31 December 2020 is given to any limitation period which falls between 18 March 2020 to 31 August 2020 under the Limitation Act, 1953, Sabah Limitation Ordinance, Sarawak Limitation Ordinance and the Public Authorities Protection Act, 1948. The limitation period for a homebuyer to file his claim at the Tribunal for Homebuyer Claims is also extended from 4 May 2020 to 31 December 2020 if it has expired during the period from 18 March 2020 to 9 June 2020.

> The monetary threshold to take bankruptcy or insolvency proceedings against individuals is increased to RM100,000 from RM50,000 until 31 August 2021, unless further extended by the Minister.

> An owner’s right to repossess goods under a hire-purchase agreement due to non-payment of instalments during the period from 1 April 2020 to 30 September 2020 is suspended until 31 December 2020, unless further extended by the Minister. However, this does not apply to a case where the owner has already exercised his power of repossession before this law comes into force.

> Before 31 December 2020, a landlord cannot recover the arrears of rent by a warrant of distress for the period from 18 March 2020 to 31 August 2020 unless the warrant has already been executed before coming into force of this law.

> The calculation of the period for according recognition of a trade union or otherwise making of a report or filing of representation on dismissal under the Industrial Relations Act, 1967 shall exclude the period from 18 March 2020 to 9 June 2020.

However, I am more concerned with two main parts: Part 2 which deals with inability by parties in performing contractual obligations and Part 11 which deals with modifications to the Housing Development (Control and Licensing Act, 1966 (Act 118).

Part 2 is the most important part of the entire Bill. It will come into effect on 18 March 2020. It provides that at any time between 18 March 2020 and 31 December 2020, unless this period is extended by the Minister (“the prescribed period”), the inability of any party to perform any contractual obligations arising from seven types of contracts specified in the schedule to this part due to the measures prescribed, made or taken under the Prevention and Control of Infectious Diseases Act, 1988 (Act 342) to control or prevent the spread of Covid-19 shall not give rise to the other party exercising his rights under the contract.

The seven types of contract are related to construction work or consultancy and the supply of construction material, equipment or workers in connection with a construction contract; performance bond; professional services; lease or tenancy of non-residential immovable property; events for the provision of any venue, accommodation, amenity, transport, entertainment, catering or other goods or services including for any business meeting, incentive travel, conference, exhibition, sales event, concert, show, wedding, party or other social gathering or sporting event; tourism and religious pilgrimage (“scheduled contract”). The schedule can be amended by the Minister from time to time.

In other words, clause 7 imposes a moratorium on any party of a scheduled contract to take any action against the non-performing party during the prescribed period. It then provides that any dispute arising from this may be settled by way of mediation. The Minister may determine the mediation process and upon the conclusion of a mediation and parties reaching an agreement, the parties shall enter into a binding settlement agreement in writing.

However, clause 10 goes on to say “any contract terminated, any deposit or performance bond forfeited, any damages received, any legal proceedings, arbitration or mediation commenced, any judgment or award granted and any execution carried out for the period from 18 March 2020 until the date of publication of this Act shall be deemed to have been validly terminated, forfeited, received, commenced, granted or carried out”.

With all due respect, it is regrettable that the decision makers behind this Bill appear to have forgotten its real purpose, which is to suspend, for a specified period, enforcement of contractual obligations against a defaulting party, who is usually the weaker party and does not have an equal bargaining strength with the other contractual party. In other words, the paramount purpose of this social legislation is to afford a legal shield and give a chance and lifeline to individuals and businesses especially small medium enterprises to get back on their feet in the post-Covid-19 environment.

If this Bill is passed as it is, it will have the following effects:

> As mediation is not mandatory, nothing will change. The stronger party or party which has more resources will still resort to the normal dispute resolution process, such as going to the courts even after this Bill becomes law. In fact, as it is now even without this Bill, parties can always opt for mediation and follow the provisions of the Mediation Act, 2012 (Act 749).

> If mediation is chosen, then what happens if parties fail or refuse to reach a settlement or perform the settlement agreement?

> Clause 10 will cause a deluge of legal actions being taken by contractual parties to circumvent this law by terminating contracts, forfeiting deposits or performance bonds or commencing legal proceedings, arbitration, or mediation before the coming into force of this law. The biggest injustice is that all these actions will then be “deemed to have validly terminated, forfeited, received, commenced, granted or carried out”. With this deeming provision, the validity of these actions may no longer be questioned or challenged.

In fact, I had even suggested the following as early as April 6,2020 in my article in StarBiz, Malaysia too needs a Covid-19 Bill. Let me expound further.

> Firstly, the Bill must expressly cover scheduled contracts executed before 18 March 2020 and after Covid-19 has begun to impact our economy, sometime late January 2020.

> Secondly, if any party is unable to perform his contractual obligations and wishes to seek reliefs during a moratorium, he must serve a notification on the other contractual party. Once a notification is served, the other party’s right to enforce the contract is suspended during the prescribed period. The Bill must then provide that it is an offence if later the other party takes any legal action against the non-performing party.

> Thirdly, once the notification has been served, any proceedings before a court or any arbitral proceedings or mediation in progress in relation to the party’s inability to perform must be stayed or suspended until the earliest of the following: (1) the expiry of the prescribed period; (2) the withdrawal of notification by the affected party; or (3) the Tribunal suggested below has made a determination.

> Fourthly, if there is a dispute over the notification or the affected party’s inability to perform, the State must be involved. In this respect, a special Covid-19 Tribunal should be established during the currency of this new law. Instead of following Singapore’s methodology of appointing assessors, I had suggested that we can avail to the ready pool of advocates and solicitors who sit as presidents in various tribunals such as the Tribunal for Consumer Claims; the Tribunal for Homebuyers’ Claims and the Tribunal for Strata Management. Any dispute can be referred to the Covid-19 Tribunal without involvement of lawyers, and notwithstanding any pending court and arbitral proceedings or mediation. The decision of the Covid-19 Tribunal shall be final. To ensure compliance, it should be an offence if the award of the Covid-19 Tribunal is not complied with. I say these because the daily sitting allowance of the presidents of the three aforesaid tribunals does not exceed RM1,000 but tens of cases can be disposed of daily. I am confident that many senior lawyers are ever ready to step forward if called to undertake this national service. If the current dispute resolution process of going through mediation is adopted, parties may not reach a settlement agreement and if reached, parties would still need to enforce it if there is a breach. Unlike an award from the Covid-19 Tribunal, there is no penal sanction if the settlement agreement is breached. Hence, the inception of the Covid-19 Tribunal as the dispute resolution arbiter in granting temporary reliefs is cheaper, speedier and more expedient.

As respects Part 11, it is proposed that if a purchaser fails to pay for any instalment from 18 March 2020 to 31 August 2020, the developer shall not impose any late payment charges on the unpaid instalments. Likewise, this period is to be excluded when calculating the time for delivery of vacant possession and the liquidated damages for late delivery of vacant possession by the developer. However, the purchaser and developer can respectively apply to the Minister for an extension to pay or deliver up to 31 December 2020. However, as this law is not expected to operate before 31 August 2020, the need to apply to the Minister for the extension of time (“EOT”) will immediately take effect.

Seriously, whenever we talk about EOTs, I can imagine the kind of reaction from the Secretary General of the National House Buyers Association, Datuk Chang Kim Loong. In this respect, I think he is right in that it will become a huge burden on individual purchasers having to apply for EOTs. There is no reason why it cannot be expressly provided in the Bill now that the time to pay by the purchasers and to deliver by the developers be extended to 31 December 2020. It cuts both ways and at this time, certainty in law is obviously preferred to arbitrary exercise of ministerial powers.

All in all, I sincerely hope that the government will take a serious look at the Bill again in order not to deviate from the real purpose of enacting it. Otherwise, it cannot be treated as a legal panacea or elixir for Malaysians whose livelihoods and businesses have been materially affected by this pandemic.

The writer is a senior lawyer and member of the Malaysian Bar Council. The views expressed here are entirely his own. 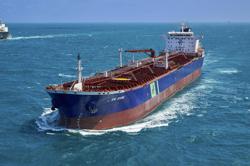 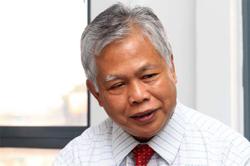