The Strange Life of Salim the Refugee: Part 3

Salim after a fishing trip.

REFUGE: (noun) the state of being safe or sheltered from pursuit, danger, or difficulty.

Salim makes me somehow regret and reminisce about the pain he went through in finally finding a place he can legally call home.

So, every few months when we have video calls, it is somewhat of a compensation to envision the developing proud existence – that elusive air of being “free” – he had always craved.

This is Part 3 of The Strange Life of Salim the Refugee. It’s been a year and a half since I had last written about Salim, my neighbourhood besi karat (scrap metal) collector, now an electrician.

The first article, written in 2015, was about understanding the life of a refugee not often seen by most Malaysians. Back then, Salim’s future prospects appeared uncertain. He had to content himself with odd jobs, including fixing the roof of our nation’s Parliament building.

The second article – one of hope and a little anxiety – was when Salim and family took their first ever airplane flight to Utica, Upper New York State.

This August will mark the second year since he left Kuala Lumpur for Utica under the UNHCR (United Nations High Commissioner for Refugees) refugee resettlement programme. 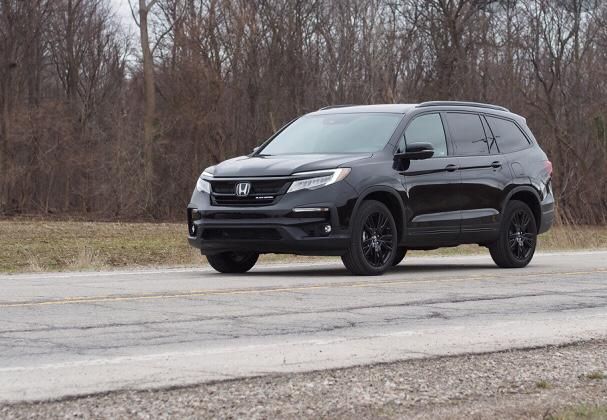 Last week, we called him – and the man has put on weight. He’s buying a new car, he declares.

“Sekarang boleh beli kereta taruh nama saya. (Now I can buy my own car in my name).”

He’s traded in the second-hand one he bought after a couple months in Utica. He is now the proud owner of a Honda Pilot.

He owns it – the vehicle registration document with his name imprinted on it says so.

This means a lot to Salim, a Rohingya who was riding his motorbike without a licence to do work while in Malaysia.

During his 21 years in Kuala Lumpur, he could not own anything, not even a bank account.

Not even his real birth date. Many, if not most, UNHCR registered refugees are documented with “Jan 1st” and their probable year of birth.

Salim, laughing, coyly adds the better news. “Rumah pun saya mahu beli... Lebih kurang satu juta. (I’m buying a house too ... for about a million).” I dared not ask if it’s in US dollars or ringgit. He has already checked out the house he’s bent on living in.

By all accounts, Salim seems to be settling pretty well into his new life in Utica.

He works as an electrician, and is doing very well with the skills he picked up in Malaysia. He’s happy contributing back to the community that took him and his family in.

Work was interrupted by the coronavirus prevention measures, but the aid he gets from the local government is enough. So, no complaints – most everything else is taken care of anyway, including medical expenses.

“Banyak bagus (very good), ” he says. “Semua dijaga (everything is taken care of)”, he said.

His kids are happy, speaking English with an American accent, and like children all over the world, wanting to go back to school, not endure online classes at boring old home.

It’s summer now – and winter saw Salim deer-hunting. Soon it will be fishing season, which was great last year. Salim sends videos of these adventures. If not for the audio-visuals, it would be hard to place Salim as a Davy Crockett frontier adventurer.

Salim's opportunity to belong comes from a city resurrected by a community of refugees from all over the world, backed by a supportive local population.

At a time when America is going through a race upheaval, it is heartening to see communities holding together and finding strength in a space like this.

However, it is not all hunky-dory, with instances of racial incidents and anti-migrant protestors.

Resettlement workers in most news reports brush this off as “a few voices which make the most noise”.

Salim meets people of all ethnicities at work, but socialises mainly with his Rohingya friends, many of whom had transited from Malaysia too.

One was with him when I called – and after five years in Utica, he speaks English with confidence, and yes, hasn’t forgotten his Bahasa Malaysia either.

I don’t have to ask Salim if he misses Malaysia. He says it every time we speak. Life was tough but the 21 years he spent growing up here has left a longing for cosy familiarities akin to when one is on home ground.

It is apparent that when treated with dignity, the human soul and potential are unleashed. Salim oozes that which had endeared him to our family.

Our home was resting ground when he took breaks from his rummaging through dumpsites or helping neighbours clean their premises.

From his days as an odd job scrap-metal collector in the streets of Kuala Lumpur to the competent electrician in Utica, Salim is continuously full of enthusiasm in wanting to better his lot.

I must confess to being amused by the paradox that is America and even our Malaysia. There are things bigger and more heart-warming than the negatives one is bombarded with daily – such as the values and principles that when strongly held, can and do hold true.

“Orang Malaysia banyak bagus (Malaysians are a fantastic bunch), ” says Salim, regardless of the tough times we know he had had here too. “Banyak orang tolong (Many people helped me)”.

For Malaysia, I do see a future of greater cohesiveness, inclusivity and unity in diversity. Many of us already live it.

I am reminded of the Quranic verse that Allah has granted an abundance of wealth and blessings. There is enough for everyone, regardless of background and affinities.

I am further reminded that the Almighty intentionally made us of different peoples and tribes, so that we can embrace our differences for a better future.

Malaysia is a blessed nation, and we have a unique array of life-enhancing positives that we can share.

Thank you, Salim for showing me this.