Should we decentralise PDRM?

OVER the years, several organisations and analysts, especially those from civil society, have argued that our Royal Malaysia Police (PDRM) has too much power with very little check and balance.

Some of these comments are simply attempts to politicise the situation. They complain when the police act against them, but are silent when the actions are against those on the opposite side.

For example, when the police take action under the Sedition Act on those who are on their side, then the police are accused of being unfair. But when the same Act is used by the police against those whose views they disagree with, their reaction would be different.

As the body is tasked with implementing the law, these criticisms are unavoidable. The police force is bound to be criticised, or praised, by one side or the other. It is a reality of life that no one can please everyone all the time.

But we should not ignore opportunities to improve. There is usually a silver lining behind most criticisms. And that silver lining can be found if we were to take a non-emotional view when looking at almost all agencies, including our PDRM.

The PDRM is a body that is not yet sufficiently studied. We believe there is a need to look further into how to enhance public trust in this important law enforcement agency.

Last year, IDEAS commissioned a study on how to improve the accountability of the PDRM. From this project, we published a paper that compares the experiences of other countries in establishing police oversight agencies to handle police complaints and launch independent investigations.

We argued that the Independent Police Complaints and Misconduct Commission (IPCMC), as proposed by the Tun Dzaiddin Royal Commission, should be set up immediately. We also suggested that the Government should reform the PDRM’s structure to avoid excessive concentration of power within the hands of the IGP.

Last week we produced the second paper from the same project. This time we looked specifically at how to make the office of the IGP more accountable.

The author, Nicholas Chan, further studied the concentration of power in the office of the IGP and how this may affect the equal application of the rule of law and the protection of human rights in Malaysia. This centralisation of power is a systemic issue that is at the heart of the accountability challenges when it comes to the IGP and the police force as a whole.

The reality is, despite Malaysia being a country that practises federalism, we still have many institutions that are heavily centralised. They are not decentralised, which is what one would normally expect from a federation.

The PDRM is a good example of that. Sitting at the top of a very hierarchical bureaucracy, the IGP as head of the country’s police force wields an enormous amount of power. He is in charge of 10 departments and all 148 police districts in the country.

Other countries that practise federalism such as India and the United States delegate many policing duties to subnational units so that the powers are devolved. This makes their police force, and the heads of such forces, more accountable to the local people they serve.

While having a centralised system does come with advantages, in Malaysia this has led to several concerns such as the lack of check and balance mechanisms on the IGP’s power. Independent oversight bodies are also absent in our country, thus resulting in the IGP acting with almost absolute power that is not properly checked.

It would be better if these powers were decentralised.

This new paper advocates two forms of decentralisation of the police force.

First is a horizontal decentralisation. This can be done by separating the Special Branch from the PDRM. This is a normal practice in countries such as the US and their Central Intelligence Agency (CIA), as well as Indonesia and their Badan Intelijen Negara (BIN). By doing this, the IGP will no longer hold unfettered powers and the Special Branch can function better and be accountable for their own actions.

Second, there should be a vertical decentralisation whereby the national, state and even municipal police forces are separated. By doing this, the accountability of the whole police force will be greatly improved as there are more points for checks and balances.

I believe both steps will help strengthen public trust in our police force. I fully accept that these ideas will take time to come to fruition, but it is worth considering them from now.

> Wan Saiful Wan Jan is chief executive of the Institute for Democracy and Economic Affairs (www.ideas.org.my). The views expressed here are entirely the writer’s own. 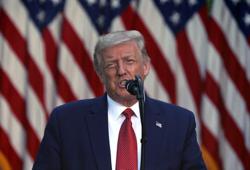