WHILE many who are conferred honorific awards deserve the honour, the rising number of such title holders sought for criminal activities is making a mockery of the accolade.

With the cases of Datuk and Datuk Seri arrested for gangsterism, drug trafficking and alleged criminal activity becoming common these days, perhaps it’s time for the government to consider special legislation to strip them of the award straight away if they are caught or found to be associated with such offences.

There is a need to have a strong course of action to revoke the titles or awards bestowed on individuals who abuse this recognition – a move that will protect the integrity of the country’s royal institutions that issue them.

The objective of the awards issued by the Malay Rulers and governors in states such as Melaka, Penang, Sabah and Sarawak was to recognise the contribution of an individual to the society and well-being of the state or nation. They were usually senior civil servants, distinguished personalities and industry leaders who have made outstanding contributions to their areas of expertise or profession.

Having such a title is not only a special privilege but a great standing in society among its recipients at one time.

It was something that was earned by years of blood, toil, tears and sweat – there was just no shortcut.

However, these days, the recipients seem to be younger and younger, casting doubt on their worthiness.

The trend the police have revealed in the past weeks – how some of these titles have been flagrantly abused – is also worrisome.

This week alone, two Datuk Seri and six Datuk were among 60 nabbed by police when they busted a billion ringgit scam network.

The mastermind of this scam, also a young Datuk Seri, is currently on the run with an all-points bulletin issued for his arrest.

In early March, Inspector-General of Police Tan Sri Abdul Hamid Bador had revealed more than five individuals with Tan Sri and Datuk titles, who were allegedly masterminds of drug cartels in the country.

Abdul Hamid said these key masterminds of drug-trafficking syndicates were hiding behind such titles to deceive the police about their links with crime and criminal elements.

The seriousness of some of these alleged abuses by the supposed creme de la creme of society – with some continuing to hold their titles even after they were found guilty – will only tarnish the esteem of these honorific titles.

The time has come for the government to step in and take a serious stand to stamp out such behaviour.

We cannot allow those who violate the terms of their honorifics to escape the law.

Currently, a datukship or other titles could only be withdrawn by the Ruler who conferred it.

When a person is convicted for a crime, the respective state secretariat will inform the mentri besar or chief minister, who in turn would advise the Ruler to consider withdrawing the title or award given.

But this process can take a long time and can be tedious. At times the state secretariat is also likely to miss out or is unable to keep track of those convicted.

While the power to withdraw the awards and titles is the prerogative of the Ruler, having a special federal law will enable the government to assist them in regulating those who have received their accolades by stripping anyone with such recognition automatically should they be found to be associated with, or convicted of any criminal activity.

Currently, there is already a law that makes it an offence to solicit for awards, sell fake awards and take advantage of an unrecognised award, namely the Offences Relating to Awards Act 2016 and Emblem and Names (Prevention of Improper Use) (Amendment) Act 2016.

Any move to address the abuse of such titles or awards will be a great way to put the royal shine back to those who truly deserve the recognition. 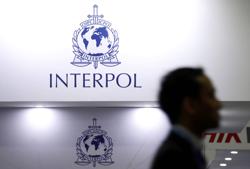 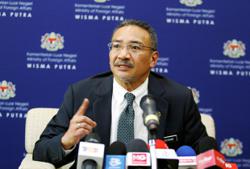