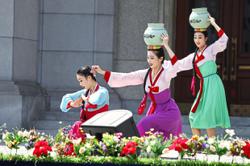 I BELIEVE the single biggest problem any government is facing today is communication. We have seen how failure in communication has resulted in bad publicity for this country during the initial stages of the MH370 disappearance.

The daily briefing to the press was the game changer.

The Covid-19 pandemic is the scariest health crisis in modern times. Communication matters in trying times like these. But we are all too aware that without a proper, central command system, conflicting messages are sent out by too many personalities, creating a litany of confusion.

As we are entering the 15th month of the movement control order, the rakyat is feeling the fatigue, adding to despair and hopelessness.

No one seems to be in charge of the real communication structure, if at all there is one.

Some ministers are speaking in a language which few can find clarity and coherence.

Even as the virus is now prevalent in the community, some are still unsure how to address the populace.Even at this stage, there is no clear strategy to counter anti-vaccine campaigns. They have been effective on the ground and getting more traction.

When you have a big number of absentees among those who have registered at vaccination centres, it is easy to say it is miscommunication or logistical issues. The reality is more complex than that.

The vaccination programme could be run more effectively if the people are well aware of what is going on.

I watched on national news where some people in the rural areas were clueless as to what was going on.

Don’t expect anyone from my village to get registered on MySejahtera unless they have children with smartphones.

Political parties have been effective in getting voters to polling booths, and I am sure they can mobilise volunteers to round up people to be vaccinated.

I am suggesting for the Communications and Multimedia Ministry to play a more important role in disseminating information to the public. It has TV and radio channels, and Bernama.

It has other agencies that can be utilised for the purpose.

Communication is its core business. It understands the media organisations and their practitioners better. It should lead the communication strategy.

We need to achieve herd immunity fast. We simply can’t survive another lockdown. What about saving livelihoods? What about the economy?

What about the exit strategy announced that left many more questions unanswered?

Some people have even looked at it as either poorly devised or blatantly evasive.

When US President Joe Biden came to power he made it a priority to expedite vaccination for Americans.

He did more in less than three months than what Donald Trump did in the last two years.

Americans are slowly seeing some form of normalcy. Many countries are following suit.

We want that to happen soon. The Malay Rulers are also concerned. There is more to it than what was stated in the statement from Istana Negara.

And to bring normalcy to the nation, the government must rescind the Emergency Order.

We must allow Parliament to reconvene sooner rather than later.

The political situation has always been fluid since 2018. That is not surprising.

The truth is that the term “political stability” is an excuse to sustain a government that has the majority to rule without challenge.

The Barisan Nasional era of two-thirds majority is over.

We have to live with political instability for many years to come.

But that’s no excuse to have a lame duck government

It signals democracy is alive and kicking. If we believe in democracy, we have to live with all its imperfections.

Political leaders must accept that fact too. The Prime Minister is challenged every inch of the way, so to speak. He must be ready to face the full brunt of criticism.

He must meet the press more often. He must be willing to face tough questions.

Crisis makes a leader. Someone once famously said, “never let a serious crisis go to waste.”

I am talking about real communication for the government here. Review it if it has to. Rethink the whole process. Rework the whole structure if need be.

It is not about if the facts don’t fit the theory, change the narrative. The rakyat is too clever for that now.It is also not just about good intentions alone, it is about how you get the message across to the people: loudly, clearly, and effectively.