It is a full scale war, no less!

Populist approach works up to a certain extent but we are in for a long haul.

A BLOOMBERG report recently pointed out that the coronavirus pandemic is set to rob the global economy of a staggering US$5 trillion (RM20 trillion) of growth in the next two years.

There have been many predictions on the cost of the pandemic to the global economy. We can question the numbers but certainly not the reality out there.

This is the biggest health crisis since the 1918 influenza epidemic which infected 500 million people and caused the death of 50 million worldwide. Back then the world population was 1.5 billion and they didn’t travel that much. Now the Earth is home to 7.5 billion people and everyone can travel.

This time it is more than a pandemic or an economic crisis. It is a full scale war no less and it should be treated as such. The irony of it all is that humans are in “cages” because of lockdowns imposed in half the nations of the world.

What about 100 countries barricading their borders from outsiders? And the fact that businesses are decimated and economies facing imminent recessions? It is not business as usual. Humans have to adjust to the new normal.

The doomsday scenario can be figured out, and there are already many prophets of doom among us.

But what is happening now is different. The dynamics of the pandemic are changing at a breakneck speed, so too the economy. A prediction a week ago could be obsolete today. There are simply too many variants that will change the economic scenario. While leaders of the First World were still grappling with the threat, their stock markets are on a free fall and people are losing their jobs.

Even the plunging of oil prices is not helping, in fact for oil producing nations, it is a disaster in the making.

Three of the biggest economies in the world – US, China and Japan – are affected this time. The coronavirus crisis is only a preamble to a larger catastrophe in the US and many European countries.

The US has more than 150,000 people affected so far, and counting. The death numbers in the US, Italy and Spain have surpassed that of China where the virus originated.

As of now, the US accounts for a third of the total global Covid-19 deaths.

The virus has democratised the catastrophic impact on humanity – no country, no religion or race are spared.

For once, the Orwellian revised notion of all humans are created equal is apt, for no one is now more equal than others.

Countries have put in place their plans to fight the scourge and its impact on the economy. Ours too. The Prime Minister had announced his stimulus packages. The “little people” are not forgotten. He gave small and medium enterprises (SMEs) the attention they deserved. Tan Sri Muhyiddin Yassin has made Mak Cik Kiah, Lee Beauty Saloon, Haji Salleh and his mi kolok and the furniture manufacturer Surjit Singh so famous.

But cash incentive is only a baby step for a long protracted war against Covid-19. We should be looking at the forest, not just the trees. This help is necessary, but what lies beyond is more important. Spending money to help is a popular policy but the economy can’t thrive on handouts from the government alone. The money given to Mak Cik Kiah and his family will not last.

We have to look beyond Mak Cik Kiah’s predicaments during the MCO. We must make sure Mak Cik Kiah still has her clients after that. People must spend. For the people to spend they must have money. To have money they must have work. As of now seven out of 10 Malaysian workers are from SME outfits. How Mak Cik Kiah, Madam Lee, Haji Salleh and Surjit Singh sustain their businesses in future must be taken into account.

Many believed that the fiscal injection to subsidise wages is too small to make any difference. Singapore as comparison is subsiding four times ours.

I agree with an economist that the government should not be too concerned about fiscal deficit for now. We can manage that prudently. At the same time, the government must put in a long term strategy beyond the current threat. We ought to be looking at key areas with wide positive multiplier effects than those that generate more demand and consumption.

There is no one-size-that-fits-all solution. Populist approach works up to a point. But we are in for a long haul.

Johan Jaaffar was a journalist, editor, and for some years, chairman of a media company, and is passionate about all things literature and the arts. And a diehard rugby fan. The views expressed here are entirely his own. 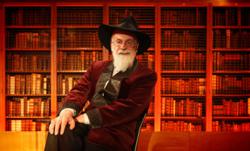 The late Terry Pratchett's early stories to be published in September

Newspaper formats: The basis for the multigenre research projects