With Arabisation, whither Malay culture?

You don’t need to be an Arab to be a Muslim, but many seem to be abandoning their customs and traditions.

I HAVE said it many times: as the Malays become more Muslim, they become less Malay. They are discarding almost everything that they perceive as positing “Malayness” and embraced what they believe to be “Islamic.”

In doing so they are losing their real identity by trying to be what they are not. There is a real issue pertaining to identity struggle and contestation among the Malays today. In the name of religion, they are questioning not only how they look but their tradition, even folktales and performing arts.

Islamisation is not about Arabisation. You don’t need to be an Arab to be a Muslim.

But what we are seeing in this country today is the process of Arabisation of the Malays. The Malays have never been as confused in manifesting their true identity as they are now.

Islam is never against the discourse on race. The Quran acknowledges the existence of tribes.

But propagating a notion of one’s race as superior to others is not acceptable. In short, there is nothing with wrong with manifesting one’s race and at the same time professing the religion.

It used to be a lot less complicated back then. The race is Malay, the religion, Islam. Insofar as there is no conflict, race and religion co-exist.

But things have changed significantly over the last few decades. The Islamic movement of the 1970s has pressured the Malays to rethink their culture.

The fault lines were established. It is like telling the world that one needs to “look Muslim” to be one. To “look Muslim” is by imitating the Arabs.

There is a new demand to be “more Muslim”, for example in attire. Gestures, too, matter.

And by being Islamic, one is also judged by the words one uses. It is no more Hari Raya but Eid Mubarak. It is no more Selamat Hari Lahir but Sanah Helwah. The term for the yearly Quran reading competition too has evolved to ensure its purity in Islamic terms: musabaqah, tilawah, ujian.

Perhaps the reading competition itself is an interesting indicator of how Islamisation has evolved in Malaysia. One should read 50 Tahun Tilawah Al-Quran, a book published by the Malaysian Islamic Development Department (Jakim). It is informative, as well as an eye opener.

They never wore the hijab while reading. The first qariah wearing a full tudung was a lady from Perak in 1978. The 1970s was the decade when the so-called new Islamic revival and consciousness came to the fore.

Prior to that, Malay women, as manifested in the movies of the 1950s and 1960s wore what they believed suitable for them, simply Malay dress.

I am sure Malay women of my mother’s generation were never less Muslim before they adhered to the new dress code. Perhaps times have changed.

Perhaps Malay women today are comfortable trading off their baju kurung and kebaya for what they believe to be “Muslim dress”.

But again, as pointed out by the Sultan of Johor some time back, the Malays should retain their culture instead of trying to imitate the Arabs. He was concerned that there are those who do not wish to follow Malay customs and traditions.

Historically, Johor leaders have always been in the forefront in arguing for modernisation, tolerance and moderation. The religious education of the state is exemplary in nurturing students who are open-minded yet confidently Malay and Islamic.

Earlier on, the then Culture, Arts and Heritage Minister, Tan Sri Dr Rais Yatim, also spoke about the need for the Malays to put a stop to Arabisation of their own culture. “We are not Arabs,” he argued.

Lately the former Information Minister, Tan Sri Zainuddin Maidin, in his controversial blog wrote about the danger of Malays unwittingly believing that what is Arab is Islam.

The debate will rage on. Sadly, despite a spirited effort by a few well-meaning and concerned Malay intellectuals, the voice of conservatism is suppressing all discourse of reason.

Religion is an emotive subject. As the result of the tyranny of the silent majority, pleas for reason are little heard these days.

The Malays have adapted well to other cultures, unashamedly embracing traits and characteristics from others. But they have been steadfast in protecting what they believe is their own culture and identity.

But Arabisation, in the name of religion, is changing all that. The entire culture (with a big “C”) is being challenged.

Something definitely is not right: the growing conservatism that comes with it. The Malays have always taken the position that adat (customs and rituals) and agama (religion), insofar as it is not against the teaching of Islam, should supplement each other.

I hope this critical issue was addressed at the Kongres Budaya (Congress on Culture) last Saturday. 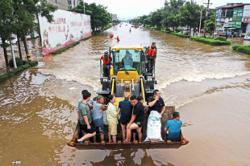 Small yet extraordinary acts
The power of knowing what you don’t know
Early detection of prostate cancer is key to successful treatment Premium
What can we expect in Parliament?
We’re winning the vaccination game
A dose of errors
Can’t live in denial anymore
Citizens, be vigilant!
Bossku: Umno’s biggest influencer Premium
Cautious optimism for Tokyo 2020