THE view from Bangkok’s Thammasat University of a wooden rice barge floating down the Chao Phraya River evokes a scene from a postcard of Siam.

The image is enhanced by the antique architecture of the university, which was inaugurated in 1934 when Thailand was called Siam.

On a Tuesday afternoon, at the office of the South-East Asian Studies Programme at the university by the river, a 66-year-old historian who was born two years after Siam was renamed Thailand passionately talks about his one-week-old campaign.

Two weeks ago, Charnvit’s decades-long “Siam not Thailand” passion was re-ignited when he pondered on the violent conflict in his country’s restive southern provinces.

“Thailand means the land of the Thai (an ethnic group). That is a narrow definition as there are more than 40 ethnic groups in the country, including Thai (who make up 80% of the kingdom’s 65 million population), Chinese, Hmong, Akha, Karen, Laotians, Khmer and Mon,” explains the historian who is of Mon and Teochew blood.

“The people in the south do not think that they are Thai. They consider themselves Malay or Pattani people. If we want our country to be more inclusive, the name Siam is more appropriate.”

Charnvit, however, admits that a name change is only a small step towards resolving the Muslim insurgency in the south.

“You’ve heard of Siamese cat or Siamese twins but you’ve never heard of a Thai cat,” quips the former rector of Thammasat University.

“Thailand has been in use for 68 years, but Siam was used for thousands of years.”

Historical records state that the Chinese referred to the country as “Sian,” which was sometimes spelled as “Hsien.” Siam is an anglicised spelling.

On the meaning of “Siam,” the prominent historian says some people claim it means “dark.” But he disagrees, guessing that it is just a name of a place.

During the rise of militarism, Nazism and fascism, Prime Minister Phibul Songgram changed the country’s name from Siam to Thailand in 1939 on the grounds that “we are the Thai race, but ? the name Siam does not correspond to our race.”

However, Charnvit contends that the change was because the nationalistic government had militaristic and expansionist ambitions.

A History of Thailand by Chris Baker and Pasuk Phongpaichit states that a military lecturer claimed that the Burmese, Annamese, Khmer and Malay were all of “original Thai stock” and should be united with Siam.

In 1939, the Ecole Francaise d’Extreme-Orient presented Thailand’s chief ideologue Wichit Wathakan with a map showing Thai-speaking people scattered across South-East Asia and southern China, wrote Baker and Pasuk. Wichit reportedly exclaimed: “If we could recover the lost territories, we would be a great power.”

To recover his country’s former name, Charnvit launched a media campaign and an Internet petition last week to persuade the constitution drafters to revert to the name used in the kingdom’s first constitution, which was promulgated in 1932.

In 1949 and 1968, constitution drafters discussed the issue of renaming Thailand. And the results, says the historian, was “Siam lost and Thailand won.”

As of Thursday, the week-old petition had more than 565 signatures. Charnvit finds the comments in the website reveals that Thais are no longer suppressing their non-Thai ethnic background.

For example, he reveals, through Thailand’s anti-Chinese campaign during the Cold War, many of his countrymen denied that they had Chinese blood.

Though the number of petition signatories is increasing, the historian is realistic that success is very slim.

“My target is for the drafters of the country’s new constitution to debate the name change but they will probably sit on it,” he explains.

The other obstacle is that most of his fellow citizens were born after Siam was named Thailand. The younger generation is familiar with the word “Thailand” so they probably don’t care about the word “Siam”, he observes.

That’s the contradiction, says Charnvit, explaining that Thais use “Siam” occasionally as culturally it means something that has a good tradition. 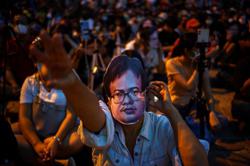 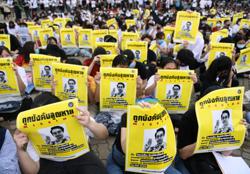 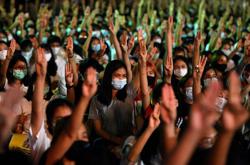