Be a man and carry a bag! 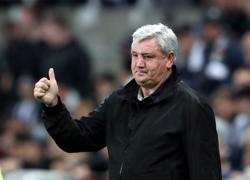 MY son has bought a manbag. No, I’m not talking about the classic leather briefcases guys carry for work. It’s also not the hard case that middle-aged blokes like his father attach to their belts to carry their handphones.

Nick’s manbag is the male version of a woman’s handbag. It’s a lot more trendy looking than Dad’s carry case (that screams uncle!) and it is usually slung over the shoulder or worn crossbody.

In the past, it was deemed unmanly for a guy to carry a bag bigger than his wallet. The acceptable way for a straight man to be seen carrying a handbag was for the purpose of holding it for the wife or girlfriend who was busy shopping.

Even as recently as two years back, Vogue in a July 2019 article stated, “The man purse has yet to fully break into the mainstream”, while noting that the “stigma is starting to disappear (as) designers are taking a traditionally female-minded piece and making it defiantly unisex”.

Vogue dubbed the man purse the “murse”. But that was BTP (before the pandemic). Back then, all a guy needed were deep pockets to hold his wallet, car keys, handphone and, for the older guy, a comb; the last item was usually tucked most unbecomingly in the back pocket.

For us women, our bags carry lots of indispensable stuff. For the longest time, my handbag has held a purse for money and the various cards, tissue packs, a lipstick holder into which I toss toothpicks as well, a touch-up compact (these three items have rarely been used in the last 18 months), two foldable cloth shopping bags, a folding fan, earphones, a Ziplock bag for medicines and plasters and, of course, my handphone.

Since March last year, my bag got busier with the addition of masks and a bottle of hand sanitiser. And a few months back, another item became indispensable: my face shield.

Like me, my two grown-up daughters never leave home without their handbags although theirs are slightly less fussy. I am pleased they follow my good example of having cloth shopping bags as well.

We add water bottles – reusable ones – for longer outings. I will also throw in my mini umbrella, a shawl and even an extra pair of socks. The older I get, the more things I need.

That, of course, makes the bag heavier and that is why I use cross-body models too. For sheer practicality, I use a crossbody bag which is a good size with many compartments. All my other fancy branded bags that were so much a part of my working life have been stashed away simply because they don’t serve my needs well anymore.

My bag is a unisex model and I would have been happy to pass one to Nick but he would have none of it. What, carry my mum’s old bag? No way!

Nick’s bag needs were spurred by his realisation that he needed more than pockets to carry his stuff. On workdays, he uses a backpack as he needs to take his laptop along. But for other days, he wanted something that was smaller than a backpack but larger than a murse.

He went online and found a capsule-shaped crossbody bag. It was cheap – less than RM50 – but it does look very smart and well-made. It can hold not only his wallet, earbuds, car keys and a power bank but also the pandemic necessities of masks, sanitiser and face shield. At my insistence, he also carries a foldable shopping bag and antihistamines for his allergies.

Seeing my son with his carry-all makes me feel like another mother-child thread has been cut. When he and his sisters were little, I had to make sure I packed all their needs in a bag that included diapers, wet wipes, baby powder, milk bottles and toys.

Even when they were teenagers, I would be paying for their meals and whatever they needed to buy, as well as pulling out tissues from my bag for them to wipe their noses or mouths with – and for the girls to take to the public loo – and the occasional plaster for a minor cut or blister.

All that is now in their own hands, or rather, in their own bags. But old habits die hard so I still carry extra tissue packets for them and the plasters, just in case.

I also carry several pens which I find many people don’t, including my children. Perhaps young people think it’s unnecessary as they can record everything on their handphones. But I found my pens very much in demand to fill up forms at the vaccination centres.

With most of the country in phase two or three of the National Recovery Plan, the family will most likely be venturing out together again, armed with our masks, shields and sanitisers.

But with the SARS-CoV-2 virus reportedly evolving into variants with more efficient airborne transmission via aerosol particles, a single mask is unable to provide enough protection. Hence, Health director-general Tan Sri Dr Noor Hisham Abdullah’s advice to double mask in May, and then in August, to add yet another layer of protection with face shields.

Just how infectious the Delta variant is, was shown in a case reported by Forbes.com: “In Sydney, Australia, several people were infected in ‘fleeting’ non-physical contact in a cafe and a shopping mall. CCTV footage revealed two people, walking past each other while at a mall, transmitting the virus.”

So whether we are vaccinated or not, there can be no let-up in wearing two masks and shields. And because the virus is now airborne, people are turning to spray sanitisers.

On Monday, The Star reported on the increased use of spray guns in shops and restaurants and quoted health experts who warned against spraying disinfectant mist on people as some of the sprays may contain chemicals that could cause skin, eye or respiratory irritation (“Experts are raising health concerns over the use of spray guns”; online at bit.ly/star_spray).

That’s fair warning, indeed. But my family and I have included this new tool in our defence arsenal. We carry portable personal diffusers that use a disinfectant solution that has been vigorously tested for safety by Singapore’s National Environment Agency. It’s called Bio-X Kleanze Air. For full disclosure, Bio-X is produced by my brother-in-law’s company. Because he’s my relative, I have even more confidence in the product.

These days, we don’t leave home without our masks, shield and charged and filled diffuser. For that, boys and girls, we need our man-sized bags.