PARLIAMENT came back with its opening act on Monday. I tried to follow the live streaming of the day-long proceedings as best as I could on YouTube and came away rather entertained, with my emotions ranging from irritation, frustration and wry amusement to, surprisingly, hope.

As expected, the Opposition MPs were chafing at the bit after waiting for so long to be able to gather in the Dewan Rakyat. For them, it was a chance to slam the Perikatan Nasional government’s handling of the Covid-19 pandemic.

From the outset, they tried very hard to get the Speaker to change the “special sitting” – as it was termed – to a full-blown parliamentary meeting where elected representatives of the people had the right to question the government of the day on what it has done to fight the pandemic, especially in its use of emergency powers granted by the Yang di-Pertuan Agong, and to debate the National Recovery Plan.

From their standpoint, this was what the King’s decree was about and not for the government to fudge around with a special meeting that it could control as a briefing session.

But Speaker Datuk Azhar Azizan Harun would have none of it and maintained that the July 26-Aug 2 dates were indeed a special meeting with the agenda set by the government as listed on the order paper, which were “explanations by ministers” for all five days (there is no meeting on Friday.)

Azhar was mauled by Pakatan Harapan MPs for sticking to his guns – he got called a government lapdog – and when he had enough, he snarled back to shut his critics up.

The meeting is a prime example of the power and advantage of incumbency and the Perikatan government used it to the hilt. During a heated exchange when Opposition MPs kept insisting they wanted to debate the emergency ordinances, de facto Law Minister Datuk Seri Takiyuddin Hassan suddenly announced that the government had decided to revoke all emergency ordinances promulgated during the proclamation of emergency in January. What’s more, he added the government would not advise the King to extend the emergency beyond Aug 1.

Takiyuddin acted like everyone should know this, which was, of course, ridiculous since there was no announcement of that decision made during last week’s Cabinet meeting.

It was a Machiavellian move that knocked the wind out of the Opposition’s sails but it leaves the whole nation rather confused. What exactly does this revocation mean? No more summons and fines for violating SOP, even though many places are under restricted movement and enhanced MCOs? Under what powers will enforcement of the restrictions be made?

As expected, Constitutional law experts are giving their learned opinions on the legality, implications and consequences. All the public can do is wait and see. Does anyone want to test the waters by venturing out without a mask, having five people in a car and inviting friends over for dinner?

Although watching the House proceedings online had its shortcomings, like low resolution quality, it did allow public participation through the posting of immediate comments.

This, to me, was a good indication of public sentiments, which were mostly angry and resentful. This is, of course, not a situation unique to our country. Australians, Italians, Greeks and the French are so furious that thousands of them are protesting their governments’ handling of the pandemic.

Knowing how immensely unpopular a couple of ministers are, the Opposition couldn’t resist gunning for them in the House. Health Minister Datuk Seri Dr Adham Baba’s two-week old “Spanish fly” gaffe was still fresh meat for sly jokes thrown at him and the attack on International Trade and Industry Minister Datuk Seri Mohamed Azmin Ali was quite relentless.

When he tried to defend his ministry’s position and actions on factories and workplaces during the lockdowns, they mercilessly mocked the posters with economic charts and statistics he had brought along to show them.

There were moments of wry humour like when veteran Arau MP Datuk Seri Shahidan Kassim complained to the Speaker that the Opposition had repeatedly heckled and interrupted his speech. Vexed, he likened them to unschooled children. Seizing the moment, a witty but unknown MP intoned, “Sekolah tutup” (schools are closed).

Much as I was irritated and frustrated with the time-wasting shouting and mud-slinging that went back and forth, I was glad to see signs of boisterous life back in our Dewan Rakyat.

What’s more, I was impressed with some of the MPs who did manage to speak sense and show they were really in touch with what’s happening on the ground.

Among them were MP for Permatang Pauh Nurul Izzah Anwar who urged caution against depending on mass vaccinations to save the economy. She cited Iceland’s example of opening up their country to vaccinated tourists after 85% of its citizens were fully vaccinated, only to reimpose restrictions after infections spiked again with the Delta variant.

Among other points they raised, Muar MP Syed Saddiq Syed Abdul Rahman and Bukit Mertajam MP Steven Sim made an appeal for the new loan repayment moratorium to be automatic, without conditions and interest. This I fully agree with because it’s unfair for banks to recover the unpaid interest during the Covid-19 years by increasing the instalments from their affected clients once the moratorium is over.

In contrast, so many other businesses are struggling to survive and if they can reopen, they will never make back what they lost. So why should the government be so kind to banks that are famous for providing an umbrella that they take away when it rains?

Jelebu MP Datuk Jalaluddin Alias was a surprise in his strong criticism of the government’s failure to resolve the contract doctors’ issue which led to their strike on Monday. He said he raised the issue in November and that the Health Minister had promised to look into it. He also pointed out that more private hospitals in the country should share the burden with government hospitals of taking in Covid-19 patients. He added that according to a July 6 Health Ministry report, only about 50%, or 112, private hospitals were doing their part.

I also support his call to get insurance companies to change their policy requiring Covid-19 patients to “pay and claim” as it is another hardship on them.

Listening to these people gave me some hope that there are intelligent elected representatives who do have the smarts, compassion and interest to serve the nation and not just themselves. I would like to think there are more of them in both Opposition and among government backbenchers.

The Perikatan government may think it has headed the Opposition off at the pass by setting up a special meeting and revoking the emergency ordinances. But whether Perikatan ministers like it or not, Pakatan Harapan and other Opposition MPs will definitely counterattack in the days to come. So on with the show, parliamentarians!

column , So Aunty So What , politics , Parliament 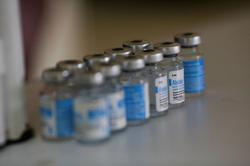