I DIDN’T think I could get angry any more. The never-ending pandemic and our power-hungry politicians with their self-serving, arrogant shenanigans had numbed me and left me listless and depressed.

But no, I am very angry, as every citizen in Selangor and Kuala Lumpur affected by yet another water supply disruption must be too.

Over the weekend, we were told to brace ourselves for dry taps because Air Selangor needed to repair a burst pipe. We groaned but patiently waited it out. The supply was supposed to be shut off from 9pm on Saturday and resume by 2pm the next day.

When my kitchen taps were still dry on Sunday evening, I delayed fulfilling my baking orders to Monday. That was wishful thinking.

It is Monday night as I write this and I am upset as hell because my water supply has not resumed. It has been hit by another round of contamination.

The details are sketchy at the moment but what has been revealed so far is that it’s Sungai Selangor that’s affected. Last month, it was Sungai Gong. We don’t know what the contaminant is except that it’s bad enough to shut down four treatment plants providing clean water to 1.19 million users in 1,292 areas in KL and Selangor.

We also don’t know who the culprit is but Environment and Water Minister Datuk Seri Tuan Ibrahim Tuan Man has said the contamination is similar to last month’s Sungai Gong odour contamination caused by hazardous waste being discharged from a heavy equipment workshop.

That incident affected more than a million households and led to promises of stronger action like increasing fines – Tuan Ibrahim says amendments to the Environmental Quality Act 1974, to be tabled in Parliament before the year-end, will seek to increase the penalty amount from RM500,000 to RM10mil – and improving the monitoring and surveillance of rivers.

Meanwhile, the dumping of dirty stuff into our rivers – the main source of our water for our taps – continues.

Numerous studies over the years have focused on the dire and urgent need to manage and protect our water resources.

For example, one such fairly recent study, Solid Waste Management in Malaysia – A Move Towards Sustainability by Jayashree Sreenivasan, et al, published in October 2012, identified solid waste as one of the major environmental problems facing the country.

We produce 38,000 tonnes of waste every single day and it has to go somewhere. Most of it is sent to already overflowing and often unsanitary landfills. A low percentage gets recycled, and quite a bit ends up in our rivers.

According to the above study, of the 1,800 rivers, more than half “have been polluted and destroyed” no thanks to improper waste management.

The reason cited: “Despite the massive amount and complexity of waste produced, the standards of waste management in Malaysia are still poor. These include outdated and poor documentation of waste generation rates and its composition, inefficient storage and collection systems, disposal of municipal wastes with toxic and hazardous waste, indiscriminate disposal or dumping of wastes, and inefficient utilisation of disposal site space.”

This glaring lack was exposed by last year’s Sungai Kim Kim contamination by nearby factories that sickened 4,000 people in Pasir Gudang, Johor.

The Star, citing experts, pointed out: “Some (types of) wastes are expensive to recycle or there is no technology for recycling it, especially chemical waste. As for construction waste, it is bulky and costly to throw into a landfill and, hence, the easy way (out) is to dump illegally.” (“Malaysia is overflowing with waste and we’re running out of options”, StarLifestyle, July 16,2019; online at bit.ly/star_hazards.)

As long as there are no proper waste treatment facilities and infrastructure, industries big and small will “make do” by storing their untreated waste improperly and dangerously, pouring it down the drain or dumping it furtively at a convenient spot on a riverbank under the cover of darkness, as noted by Tuan Ibrahim.

Simply put, our government, past and present, has failed us. Whether through the lack of setting up the necessary infrastructure, weak monitoring and protection of the rivers, poor enforcement marred by, in all likelihood, bribery and corruption that allow illegal factories to operate despite being caught for environmental violations, it’s all on their heads.

That’s why we are now suffering the consequences. Frequent water disruptions are said to be the new normal for Selangor and KL folk and that is absolutely unacceptable.

It’s a double whammy for businesses already reeling from the pandemic, and apart from the inconveniences of not being able to cook, run our washing machines, shower and flush freely, in these Covid-19 times, our ability to practise the SOP of washing our hands properly and frequently is also compromised.

Apart from a massive jump in fines, Tuan Ibrahim also promised his ministry will increase equipment and facilities for his staff and conduct enforcement with the police.What’s more, he said there are long-term measures like building more reservoirs under the Off-River Storage project, or Takungan Air Pinggiran Sungai (TAPS), as secondary water sources that can be tapped if there is river contamination.

However, those reservoirs are being built in Kedah, Johor, Melaka and Negeri Sembilan but none in Selangor, which is the most populated and developed state and hardest hit by cases of river pollution. Why? Surely it’s not because it’s a Pakatan Harapan state?

If the Federal Government seems conflicted in tackling the problem for the state, the Selangor government should jolly well step up.

Yes sir, Selangor (and KL) voters surely deserve that and you really don’t want to keep making us angry, do you? 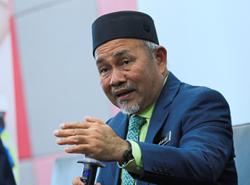 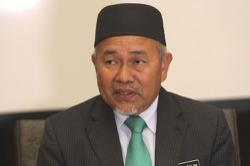