Heart in mouth over going out

WHAT to do? Should I rejoice that Putrajaya has downgraded the movement control order (MCO) to a conditional MCO nine days before May 12, which is when the previous order was supposed to end? Or should I worry that it is simply too soon?

Like most Malaysians, I obeyed the MCO and stayed home with my family. We only went out individually to run necessary errands.

This is not a Malaysian dilemma but a global one. After more than 100 days since the start of the Covid-19 pandemic, this is what governments are debating over now: how and when to unlock the lockdown to save businesses without people sickening and dying.

Timing is everything in the fight against the virus. Easing restrictions too early could lead to a fresh wave of infections and deaths, and undo all the pain and inconvenience that citizens went through over the past many weeks.

But maintaining lockdowns and MCOs for several more weeks means more job losses and businesses folding up, and further hurting the economy.

So many countries have instituted such measures in varying degrees of severity.

Politics clearly affected the decisions of leaders in countries like the United States and Brazil, where their presidents are seeking re-election. Donald Trump and Jair Bolsonaro have both been severely criticised for putting the well-being of the economy above the well-being of their citizens.

For us, the coronavirus alarm coincided with the sudden fall of the Pakatan Harapan government and Tan Sri Muhyiddin Yassin’s unexpected rise to prime ministership. That was in February and the nation’s attention quickly pivoted from the shocking political development to the pandemic.

In a way, the timing actually worked in Muhyiddin’s favour. The unprecedented health crisis of epic proportions gave him the opportunity to show bold and decisive leadership and he did.

Ninety per cent of Malaysians surveyed in early April strongly agreed with his government’s handling of the pandemic.

An overseas Malaysian commented: “He comes across as sincere, speaking from the heart, and he knows which buttons to press. His tone is reassuring, even fatherly, and his messages are easily relatable.”

He has also let the respected health director-general Datuk Dr Noor Hisham Abdullah conduct the daily updates, which assured the nation that the authorities were using medical data to dictate decisions in the virus war plan.

But that was before Friday, when he made the surprising announcement to relax the MCO to allow many businesses to resume operations.

It looks like the difficult balancing act of saving lives versus safeguarding livelihoods and the economy has tipped towards the latter, due to pressures from political and business interests and growing public concern.

After all, the public has been repeatedly told to do their part and stay home until the infection curve had flattened sufficiently. But the numbers remain unstable, up to 122 on Sunday and then down to 55 on Monday, while new clusters have been identified in Kuala Lumpur and Kuching.

Mind you, the Kuching cluster is a “third-generation” infection group linked to the Masjid Jamek Sri Petaling tabligh gathering that took place between Feb 27 and March 1. That’s how tenacious the virus is.

Going by how the PM took pains to highlight certain economic numbers in his conditional MCO announcement, we can assume they played a big role in his decision. He pointed out that the country lost about RM2.4bil every day throughout the duration of the MCO, which amounted to nearly RM63bil. Stretch it to another month and the figure would hit RM98bil.

That’s a pretty horrifying projection and the world over, governments are standing down for the same economic reasons.

But I think Muhyiddin, being the seasoned politician he is, is also thinking like Trump and Bolsonaro. That’s because once Malaysians stop obsessing over the pandemic, they will pivot back to politics. Many were angry at the return of Umno into the ruling coalition and that resentment may surface again.

So like Trump, who is trying to show he saved the American economy, Muhyiddin could be motivated to restart our economy quickly to prove he and his ... erm ... Perikatan Nasional (I had to pause to recall the name of this new coalition!) deserve to rule because in the end, job security and economic well-being would be the key factors in winning public support.

Whatever the reasons, the abrupt relaxation to save the economy has led to confusion and deep anxiety for business operators because not all the details on SOPs and protocols have been fully ironed out. There is also the matter of who should be responsible for enforcing the latest rules.

It doesn’t help when many state governments have said they will decide on their own pace of relaxing the MCO.

As an ordinary citizen, my heart is in my mouth. But the die has been cast and we will know soon whether Muhyiddin’s decision is the right one when we see which way the infection curve goes.

On my part, all I can do is to continue staying home and not roam. I have no urge to go on a revenge spending spree and join the crowd in the malls. I also want to avoid taking lifts or the MRT, which are very bad places for social distancing.

I am also avoiding eating out because I think it’s very, very hard to implement social distancing in such places too. We will have to take off our masks to eat and the waiters will have to encroach our safe space to serve us.

Every time I go out, even with a mask and safety goggles (as added protection), I risk becoming infected and bringing it home to my 86-year-old mum, who is a diabetic patient and has the highest risk of death should she catch it. I am not far behind as I am in the 60-and-above age group.

What I will do is enjoy the simple things in life again. Go for drives with my family and take walks in the neighbourhood. That’s enough to give us a change of scenery safely.

SARS-CoV-2, which is the name of the virus causing the Covid-19 pandemic, will not go away for a long time, so the experts tell us. It will lurk among us and there will be spikes of infection in the months to come. That means continued vigilance and social distancing is required to keep such spikes small.

Over and over again, governments have been telling citizens to stay home, if not for ourselves, then for our loved ones. That is motivation enough for me to continue my Covid-19 coping lifestyle. 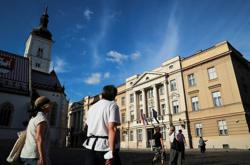