Between dogma and reality

Revealing findings: What come across clearly from the findings of SIS’ latest survey are the stark tensions, contradictions and dilemmas confronting Muslim women in Malaysia.

For Muslim women, there seems to be a disconnect between what they learn and believe to be the truth, and what they experience daily.

SOME 15-20 years ago, a woman called me at the Sisters in Islam (SIS) office to say that she did not agree with the SIS position that women could be leaders. She felt this was un-Islamic as only men could be leaders because men were superior to women.

As it turned out, she actually was a leader. She had some 30 or so men working under her in the government department she headed. I asked if she felt she was going against the teachings of Islam by being the leader of the men in her office. She paused and then said something most revealing: “This is an emergency situation. It’s darurat, ” she said.

I thought she must have done some research or consulted some scholar to deal with the dilemma she was in. In Islamic legal theory, a darurat situation can turn what is forbidden into a permissible action. She said there was no man qualified to do the job she was doing, and she didn’t understand what had gone wrong with men. Thus, she would just have to hold this leadership position until this darurat ended when a qualified man came along. And when that day came, she would willingly relinquish her position.

I have never been able to forget her story and always wondered if indeed she eventually gave up her position to a man. I wondered how many women lived this life of cognitive dissonance between what they imbibed and learned about religion and the realities they face in life. This woman used the theory of darurat to reconcile the inconsistency between her belief and her reality. This enabled her to resolve the discomfort she felt that she might be a bad Muslim.

How do other women deal with this disconnect between dogma and reality? In other words, is there a struggle between what they learn and believe to be the truth and what they experience on a daily basis?

The recently released SIS survey on Muslim Women’s Perceptions and Realities on their public and personal rights in Malaysia jolted me into thinking again that Muslim women in Malaysia might unconsciously be trapped in an existential crisis.

The survey findings are riddled with puzzling contradictions. Ostensibly, over 90% of Muslim women in Malaysia believe they have several rights, including the right to lead their own life the way they wished to, the right to speak their mind freely, the right to get married or remain single. And they believed, too, that they could exercise those rights.

And yet when probed further on the realities of their daily life as a daughter, wife, mother and career woman, the dissatisfactions and contradictions emerged. You can palpably feel the conflict between their belief (96%) that as a Muslim wife they must obey their husband, and their inner desires and aspirations. Even when the question of obedience was framed differently, 93% still believed that the wife must always obey her husband.

And yet, there was a significantly high level of dissatisfaction revealed in the survey. For example, 94% of all women wanted to be treated fairly, 89% wanted to be respected as a daughter, a wife, a mother, 89% believed they have the right to be considered equal to their partner, 81% wanted husbands to share household responsibilities, 80% wanted husbands to be more understanding and considerate, 76% said as wives they wanted a greater right to speak up and give opinions.

When asked what was the reality they faced, 83% of the respondents said husbands “let the wives do all the house chores”, 82% felt their emotions were not cared for, 82% said women were physically and emotionally abused, and a whopping 78% said only the wife worked to support the family. In all these cases, women in the East Coast reported the highest level of discontent.

If the overwhelming majority of Muslim women wished to be treated as equal to their husbands, to be respected, to have the right to speak up, to have their emotions be cared for, to have their husbands share the household responsibilities, then how is it that in reality they are unable to articulate these needs and negotiate for a better marital partnership?

Could it be that the concept of obedience is so entrenched as a social and religious norm in our society that they do not even think they have the right to demand that their husbands be the kind of life partner they wished their men to be?

Is the fear of breaking the norm of obedience and being labelled a “bad wife” so powerful that they accept their unhappiness as something natural in a marriage where men are regarded as superior. As they are often told, this is their duga’an, a test from God.

The qualitative portion of the survey affimed the overwhelming pressure Muslim women felt on the need to conform and to project the image of a “proper Muslim woman”, a pressure they felt from childhood. And that this need to be a “proper Muslim woman” was not for their own “self-satisfaction”, but to avoid negative perceptions by others. Many felt this was unfair as men did not face similar pressure. The women felt constantly being judged as a daughter, a wife, a mother, a career woman.

To a question on the typical challenges faced by Muslim women, 80% related them to social conformity, including acting inappropriately, and not meeting social expectations. Around 70% felt exposed to the possibility of slander for inappropriate behavior, 68% felt the pressure of being judged by society for spending too much time at work and not enough with the family, 78% felt their parents were over-controlling, 59% identified moral policing and public shaming as a typical challenge.

Surprisingly, a high 68% named technology as a challenge – the quick and easy access to information was a threat to their security. Could this be related to the fear of being exposed through social media for being less than “a proper Muslim woman”?

It is revealing that when asked to share pictures of them at work and at home, the women chose family pictures that were formal and serious, while the pictures at work revealed their fun and spontaneous side. Why this sharp contrast?

What come across clearly from these findings are the stark tensions, contradictions and dilemmas confronting Muslim women in Malaysia. Boundaries set by embedded religious teachings and social norms control their daily lives, especially in the home. In their hearts, they yearn for a different life, a different kind of relationship with their husbands, and acceptance by society of their desire for a life of equal worth and dignity.

Up to 80% wanted greater awareness in society on equality to enable women to stand up for their rights. Is this their cry for justice, for help? That these women wanted society to change to make it easier for them to bring change in their private lives?

As it turns out, this crisis is not peculiar to Malaysia.

Across the Muslim world, there are now new forms of activism among Muslim women, much of it driven by this intolerable gap between dogma and reality. This has led to the emergence of what is now known as “Islamic Feminism” which involves a re-reading of Islam’s sacred texts taking into consideration the realities of women’s lives today.

Sisters in Islam is regarded as a pioneer in this movement. In Indonesia, some 500 grassroots women ulama have banded together in a grouping called KUPI (Kongres Ulama Perempuan Islam) to issue fatwas to advance women’s rights in Islam. Their opinion is now sought after by the Indonesian government, not least in the recent law reform to establish the minimum age of marriage at 19 for girls. In Sri Lanka, young Muslim women, inspired by the work of Sisters in Islam, came together as the Muslim Personal Law Reform Action Group, to successfully move forward in demanding that they as citizens enjoy equal rights to men and to women of other faiths.

There is a global call to action in the Muslim world. In 2009, SIS spearheaded the launch of Musawah, a global movement for equality and justice in the Muslim family. Today, a decade later, the growing interest and demand for its groundbreaking work in knowledge building, capacity building and international advocacy is evidence that the disconnect between patriarchal dogma and the reality of Muslim women’s lives can no longer hold.

This work done by Muslim women engaged in scholarship and activism is life transforming. This knowledge needs to be amplified at the ground level to enable women to reconcile their faith with their rights. Only then, can the life of dignity and justice they yearn for be within their grasp. 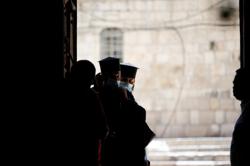 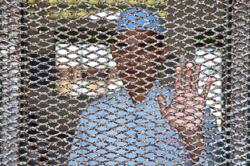 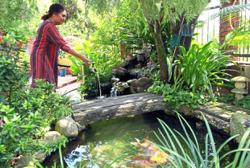 Let’s have a Social Distancing Day