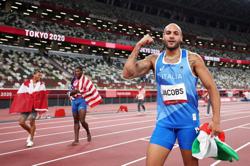 I am a 30-year-old man who has been married for more than two years.

My wife and I have always dreamt of having kids to complete our family.

We have both tried very hard and have regular sex in the hope she will get pregnant.

Sadly, there has been no success despite regular intercourse over the last two years.

My wife went for a check-up with the gynaecologist and was given the all-clear.

When I went for my fertility tests, I found out I had been "firing blanks" all along.

My sex life, by all accounts, is normal and I have libido, erection and ejaculation.

Apparently, I have azoospermia, a medical condition where there is no sperm in my semen.

How is it possible that I ejaculate normally but there is no sperm in it?

What exactly is azoospermia and why is it affecting me?

Lastly, the doctor suggested that I undergo a small operation where they will retrieve sperm from my testes for test tube babies. Is that necessary?

I really hope to celebrate Fathers' Days in the future – so is my hope for fatherhood dashed for good?

Azoospermia is a medical condition where a man has normal sexual function and ejaculation but his semen contains no sperm. The obvious but undesirable outcome is male-factor infertility.

Azoospermia affects up to 1% of the male population, but prevalence can be as high as 20% when investigating the cause of infertility in couples.

Although a diagnosis of azoospermia sounds devastating, many forms of the condition are amenable to medical treatment to restore fertility.

Under normal circumstances, sperm are formed and mature in the testicles, which travel through the reproductive tract to the prostate. The sperm will mix with seminal and prostatic secretions that make up semen. With or without sperm, the secretion forms a viscous, white fluid that comes out of the penis.

Men can continue to ejaculate normally, oblivious to the fact they are "firing blanks" until a semen analysis is carried out.

Azoospermia is generally classified as obstructive and non-obstructive in origin. The two different types can further be sub-classified into congenital and acquired azoospermia.

Obstructive azoospermia constitutes 40% of azoospermia due to defect of the vas deferens or epididymis resulting in occlusion of the passage of sperms from the testicles. The common reason for such physical obstruction is vasectomy, when the intended intervention for contraception causes men to fire blanks. Other forms of acquired obstructive azoospermia may include testicular trauma and infections such as chlamydia and gonorrhoea causing the scarring of the vas.

Genetic mutations are also known to result in obstructive azoospermia. Men who have cystic fibrosis or carry such genetic mutation may have a defective connection of the vas causing congenital bilateral absence of the vas deferens. Other inborn deformities such as congenital prostatic cysts are also well-recognised rendering sperm passage obstruction.

The non-obstructive form of azoospermia can be caused by defective testicles with the inability to produce or allow the maturation of sperm. This can be due to undescended testicles or spermatogenic arrest. Other acquired destruction of spermatogenesis includes childhood mumps, cancer, diabetes, varicocele and radiation that destroy normal sperm production, causing azoospermia.

The most basic way to diagnose azoospermia is through semen analysis. Blood investigations and the biopsy of the testicles can also assist a definitive diagnosis of obstructive or non-obstructive azoospermia. It can also identify the presence of sperm that can be potentially used to fertilise embryos.

A biopsy and extraction of sperm are usually done concurrently. Samples are retrieved using a small needle to harvest sperm directly from the scrotum. In addition, a small procedure to explore the reproductive tracts with the assistance of a microscope can also have the added benefit of getting healthy sperm for the purpose of IVF and test-tube babies.

For many men, a diagnosis of azoospermia can be a blow to a dream of fatherhood. In the last few decades, however, advancements in research for male infertility and refinement of sperm retrieval have contributed so much to the art of ART (artificial reproductive technology) that the obstacles of azoospermia can be overcome.

The 16th-century Italian philosopher, astronomer and mathematician Giordano Bruno once said "time is the father of truth".

Dr G when put on the spot says "time is of absolute essence to discover the father of truth" as early intervention to give nature a helping hand! On that note, I wish Ben a smooth journey and all fathers out there a Happy Fathers' Day!