Let’s begin by practising some simple wisdom at home — do not wear a hat that is way too big for one’s head.

THERE is a Chinese saying that cautions people against putting on a hat that is much too big for one’s head.

The phrase is not a literal jab at ladies who sport a gargantuan but delicately decorated hat to tea parties.

Like all things Chinese that emphasise on humility and the value of face, the saying is presented subtly to remind people not to take on a form beyond one’s ability or worth.

The face represents dignity – a value held in high esteem not just among the Chinese but also in many other Asian cultures, where words of reprimand are commonly made in abstract terms to come across as less brash, yet still driving home a point.

So, if you want to save your “face” and do not wish to be made malu (embarrassed), as my late grandmother would say, avoid wearing a hat that does not fit.

In fact, it is similar to the Malay peribahasa of ukur baju di badan sendiri, meaning that you should measure the coat on your own body.

This, if I may humbly opine, may resonate with the feelings of more than one Malaysian, especially when we are inundated with reports of reckless spending by public figures who, by the way, derive their spending power from the pockets of the common citizen.

Deputy Finance Minister Datuk Ahmad Maslan told Parliament last week that the Government’s debt has accumulated to RM529.2bil as at September this year.

This is a figure which may stump many an ordinary Malaysian, who may have to stretch out both hands in order to correctly count the number.

The revelation means that the debt to gross domestic product (GDP) ratio has leaped by 0.6% from its previous 53% in just a matter of three months.

Yet, not too many moons ago, we were also told that the Government is committed to reducing the fiscal deficit by 3% by the end of 2015.

Prime Minister Datuk Seri Najib Tun Razak has announced several measures geared towards achieving this admirable goal, which include introducing the infamous Goods and Services Tax and cuts in federal subsidies on fuel and sugar – both basic ingredients which can potentially impact the costs of other essential goods.

Yes, we have been told that our Government is in debt, that it is working on fixing this, and that the people must chip in because the Government would not be able to handle this all by itself.

But if we are to be told to tighten our belts, we expect the very people who tell us this to practise what they preach.

Surely it is reasonable of us to expect the Government to practise fiscal prudence befitting the present economic climate because we cannot put the country’s financial health at risk over a few improvident and reckless decisions.

Reckless spending is akin to a person wearing a hat that is a few sizes too large.

Not only will it obstruct your vision, you are also likely posing a danger to yourself and those around you, either by the ridiculous size of your headgear or by the clumsy mobility that naturally follows from limited vision.

You will also likely be ridiculed for your extravagant display, unless the theme of the party is funny hats.

But plunging deeper into debt is not a funny hat party and many Malaysians have lost their sense of humour over learning that someone, somewhere has bitten off more than he could chew where public funds are concerned.

This is not money that belongs to politicians or civil servants. This is money pooled by ordinary citizens who have toiled with their sweat and blood for an honest living. And yes, that includes this poor reporter.

We cannot have the people holding all our money telling us to stop eating chicken due to soaring prices, yet having the same people callously spending millions to bolster their own sense of face.

Nor should we have more public funds wasted on the acquisition of government assets that are either unnecessary, overpriced or go missing.

It has reached the stage where whenever a new project is announced, one can almost ima-gine a future Auditor-General’s report citing it as an example of gross misuse of public funds.

I think we need to look in our own backyard before telling others to stop eating chicken.

Have some face lah.

> Lee Yen Mun writes from Putrajaya where, thankfully, no roofs have collapsed over her head so far. She welcomes feedback at yenmun@thestar.com.my. The views expressed are entirely the writer’s own. 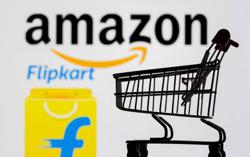