A shot in the foot 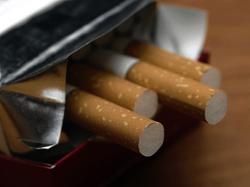 Why illegitimise a legal trade and legitimise an illegal one by doing what’s obviously counter-productive?

EVERYTHING in Malaysia seems to be politicised. Nothing is missed and as the nation heads towards a possible general election by August, the situation has progressively become worse.

PAS is grumbling about the gambling sector reopening, saying it doesn’t benefit the country.

Its Federal Territories committee is upset that the government is allowing casinos and gambling companies to operate again.

Now, that’s no longer news to us, really, but PAS has ramped up the campaign.

Likewise, for the federal government, increasing sin taxes on liquor and cigarettes have always been populist moves. However, life isn’t that straightforward.

In fact, if we talk about the world’s oldest profession, for example, it has existed since time immemorial, in different forms and names. Whether it’s a contract marriage or sugar daddy arrangement, it’s basically paid sex. So, let’s not kid ourselves.

In PAS’ Utopian world, vices don’t exist, and punishment by lashing is apparently the answer to this evil.

I don’t condone gambling. In fact, I frown upon it, but I’m also a realist. For PAS, it ends there. For me, I have other “vices”. I love my beer and whisky.

According to news reports, the activities of these illegal 4D operations have expanded and become more sophisticated over the last decade, eating up market share by the day.

“These illegal 4D syndicates do not only offer bigger cash prizes compared with the legitimate NFOs but extend credit and allow online buying via WhatsApp on draw days, ” said the source in a report.

PAS has called to identify the beneficiaries of gambling. The answer: criminal-linked illegal bookies and corrupt police officers, if gambling is banned or even further regulated.

So, the more action taken against legal gaming operators, who pay taxes, the happier these crooks will be.

The Straits Times reported that revenue from the NFOs was more than RM9bil, with sales tax amounting to about RM2bil annually. However, a news report quoting a source, said the illegal 4D operation was known to be 1½ to two times larger than the legitimate NFOs’ business. So, the government could be losing up to RM3bil a year.

The pay-out for a winning number is 70/30, meaning for every RM1 4D sale, 70sen would go for the payment of the winning number while the operator makes 30sen. Given its lucrative nature, illegal operators are often connected to the underworld or triads.

“They make much more than the NFOs because they don’t pay tax, ” said the source.

The source revealed the syndicates also pay good commissions of between 20% and 30% to illegal 4D runners. “For full-time runners, they can make between RM3,000 and RM10,000 a month, depending on their locality and credit given to punters, ” said the source.

Lawyer R. Rishi said the Common Gaming Houses Act, which was enacted in 1953, needs to be revised to keep up with the times, particularly with regulating online gambling.

“The government must be serious to look into this, as current technology allows users to place bets from their cellphones easily, ” Rishi said.

He added that even though there were the Anti-Money Laundering Act 2001 (AMLA) and Prevention of Crime Act 1959 (POCA), these laws were not tailored to deal with illegal gambling, especially if they are conducted in cyberspace and beyond national borders.

Welcome to the digital age. One doesn’t even need to go to a casino or empat ekor outlet to place a bet when it’s available at a click – on any gambling link from outside the country.

It supports the employment of about 70,000 people, including staff, third party businesses, suppliers and contractors.

It also buys more than RM1.2bil worth of products and services from local suppliers, which benefits more than 40,000 people through its philanthropic efforts.

Then, there’s the issue of smuggled cigarettes. Up to RM5bil a year in taxes goes up in smoke at the expense of the Malaysian government because of this recurring problem.

JT International Berhad, in one report, said there were more illegal cigarettes purchased by Malaysians than legal ones in 2018, and that this scenario is an upward trend.

The “2018 Illicit Cigarette Study (ICS)”, conducted by research house Nielsen and commissioned by the Confederation of Malaysian Tobacco Manufacturers (CMTM), showed that 58.9% of all cigarettes sold – about 12 billion sticks – were contraband. So, like it or not, Malaysia is a haven for smuggled cigarettes.

This means the Malaysian government loses more than RM1.1bil in annual revenue to the illegal alcohol trade, a figure which is part of the RM300bil shadow economy of the country, according to The Edge.

In 2019, the brewery industry brought in some RM2.27bil in tax revenue to the public coffers. But there’s an estimated tax revenue loss of RM1bil a year caused by illicit alcohol, according to the Confederation of Malaysian Brewers Bhd (CMBB).

The problem is that issues like gambling and liquor are always fraught with difficulties, in terms of busting them. We must deal with our unique dual system of law and contrasting stands of Malaysians. These industries are already highly regulated, so there’s no question of it becoming more difficult. If smuggling is a problem, making it tougher for traditional (and legal) gambling companies will not help when one can just place a bet online, which comes in various guises.

So, does PAS want to bet that it can eradicate illegal gambling, smuggled cigarettes and liquor, and that we don’t truly need billions of ringgit in taxes?

Ultimately, the smugglers and crooked cops will be laughing all the way to the bank should these gaming and drinking outlets be terminated. 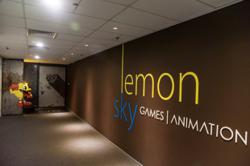