Don’t be obsessed with titles

Malaysia is in danger of becoming a laughing stock because of our fixation with titles. We must not forget that respect and honours must be earned.

A FEW months back, I had the honour of being appointed an adjunct professor at the School of Business Studies in Universiti Utara Malaysia. It is a two-year appointment which allows me to use the academic title.

But I have not used it and I do not intend to do so. For sure, the title will not appear on my business cards as it will not be appropriate and might even be an affront to the many who have toiled to get their well deserved doctorates.

I am happy to be able to share my working experience with the students and in the process, also learn from the experienced lecturers at the university. That is sufficient enough for me.

I also made another decision late last year – I will drop my Datuk Seri title from my business cards as well. I do not have any intention to cause any embarrassment or to appear ungrateful to the royal houses that have bestowed the titles on me.

Certainly, I am truly proud and honoured that my work, in particular as a journalist, has been recognised by the King.

I have the highest respect for the Sultan of Selangor, His Royal Highness Sultan Sharafuddin Idris Shah, in particular, for his leadership and his refusal to have a long list of award recipients. The state constitution actually stipulates the maximum number of awards to be bestowed each year.

In the case of Johor, His Royal Highness Sultan Ibrahim ibni Almarhum Sultan Iskandar has expressed his frustrations openly, saying sarcastically “that it has come to a point that if you throw a stone, it will hit a Datuk and when the stone rebounds, it will hit another Datuk”, to illustrate the point that Malaysia is in danger of becoming a nation with the most number of decorated people.

It’s not wrong to say that the Johor palace has the distinction of awarding the least number of titles.

It has been aptly pointed out, in an article, that these titles were given only to ageing civil servants, ministers, judges and businessmen in the past. In fact, our first Prime Minister Tunku Abdul Rahman was never a Datuk, Datuk Seri, Tan Sri or a Tun.

Our former deputy prime minister, the late Tun Ghafar Baba, was just plain Encik, until he retired from office.

In Tunku’s first Cabinet, after we achieved independence, only five of 15 ministers were made Datuks. The finance minister at the time, Tan Siew Sin, only held the title of Justice of Peace – which is recognised in Commonwealth countries.

Penang’s first Chief Minister, the late Wong Pow Nee, had no title until he retired, when he was made Tan Sri. Another was the late Gerakan president Dr Lim Chong Eu who only became Tun upon retirement.

In short, things were pretty simple then, with proper methodology when it came to according decorations, medals and titles, but that is not the case these days.

We seem to be too quick to award individuals, including young recipients who have yet to prove their mark and mettle, with Datukship titles. To put it bluntly, such gene­rous dispensing of awards and titles, with no control in sight, has cheapened these otherwise prestigious decorations.

We are in danger of becoming a laughing stock or have we already reached that level? Certain states are now perceived to be too generous in giving out awards and titles, and we hope these states would be more sensitive to public perception.

The biggest grumbling on the ground is that unheard of individuals with a questionable track record, or rather no record to speak of, have become Datuks, and the ease in which they secured these titles has led to unkind speculation that they had in fact bought them.

If this is not bad enough, we now read of news reports that some desperate Malaysians are buying or accepting Datukships from bogus sources.

Recently, MCA Public Complaints Bureau chief Datuk Seri Michael Chong urged the Government to keep a record of legitimate Datuks who received their titles from the Yang di-Pertuan Agong, Sultans or Governors, and that fake ones be exposed.

For the record, Selangor has a website which lists down the names of recipients to enable the people to counter check and verify.

Chong also revealed that fake titles, often purchased by foreign businessmen or awarded by bogus royals such as the “Malacca Sultan”, were becoming rampant.

The Council of Federal Datuks Malaysia deputy president Tan Sri M. Kayveas had already brought the matter up to Minister in the Prime Minister’s Department Datuk Seri Azalina Othman Said, and was told that a law is already in the works to address the issue, Chong said.

Azalina, who is in charge of parliamentary affairs, reportedly told Kayveas that her predecessor Datuk Seri Shahidan Kassim brought the matter up in Parliament last year and enacted a law to log all title-holders.

That is at the federal level. What about the state awards? Surely, a similar proposal can be brought up and discussed at the Conference of Rulers, which would want to uphold and protect the prestige of awards given by the respective Sultans and Yang di-Pertuan Negeri, before they continue to lose their shine.

The obsession with titles and honours is not just confined to royal titles but also business awards for purported achievements as heads of companies.

The appetite of Malaysians for awards have given rise to a lucrative industry. However, it must be pointed out that there are genuine awards for businesses organised by some reputable media groups in Malaysia where money cannot be used to buy these awards.

Honours and respect must be earned, there should be no short cuts, as the saying goes.

Opinion , on the beat titles 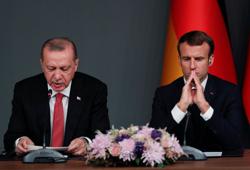