NOW in my seventh year of enjoying the sport of running, I no longer run with music blaring in my ears through headphones. I have learnt to pace myself without music and invested instead in reflective vests and headlamps, being highly aware of approaching vehicles and always ensuring that I run in a group or in areas known to be popular training grounds with runners.

My “sifu” is none other than my friend Evelyn Ang. She was the person who, years back, when I was training for my first full marathon, ensured that I never trained alone around the Lake Gardens.

No matter how slow my pace is, she will slow down to match it to keep me company. If I lag too far behind, I will hear her trademark “no pasar malam walk!” shout and hasten to keep pace.

She was there when I trained for and attempted my first ultramarathon this year. She was there through my years-long struggle with plantar fasciitis and loss of motivation to run – showing by example that while running requires perseverance and persistence, the sense of accomplishment after each training and race, and the camaraderie with fellow runners, are priceless.

I am not special in feeling this way. She is a stalwart in the KL running community, having been the talkative, supportive pacer for many races, especially the annual KL Standard Chartered Marathon, with her trademark smile, cap and tutu.

When I first received the WhatsApp messages, followed by the news coverage that she was involved in a hit-and-run while pa­­cing the Klang City International Marathon last Sunday, I was numb with shock. Anger at the reckless driver who bulldozed through runners despite knowing that an event was going on, resentment at fate for what had happened, and a feeling of helplessness engulfed me.

All I could do from miles away was to offer sympathy to her family in this challenging times, alongside prayers for her full recovery. Evelyn is one tough cookie, and all of us believe that we will run together with her again soon.

It is ironic that someone who is an experienced runner, further, one who advocates for everyone to prioritise safety on the road, had to be the one who was seriously injured while doing what she loves most.

Thankfully, she received imme­diate and efficient care following the incident, and the public hospitals and neurosurgeon who handled her case are to be applauded for their efforts.

The publicity surrounding the inci­­dent should serve as an imminent starting point, not only for better policies on organisation of sporting events but the need for more recreational spaces in urban areas. It is also a long-overdue wake-up call for all of us to learn to share the road responsibly.

He urged the Youth and Sports Ministry to hold an extensive stakeholder consultation to amend the Sports Development Act, in the hopes that there will be swift action against organisers who scam runners, and for improved safety standards for sporting events in Malay-sia.

Youth and Sports Minister Khairy Jamaluddin has since stated that his ministry will blacklist the organiser of the Klang City Interna­tional Marathon, as the event was unlicensed, and the Sports Commis­sioner’s Office has lodged a police report against the organiser.

While this seems to be swift action in line with Dr Ong’s suggestion, there need to be broader policy changes than just this reaction to the incident last Sunday.

Comprehensive insurance coverage, adequate hydration support, presence of emergency response and personnel trained in first aid, and full road closures need to be the baseline of safety standards for any sporting event.

Licences should only be awarded to event organisers with a track record of subjecting themselves to these safety standards.

The rising cost of race entries needs to be reflected in improved safety standards. Further, pedes­trian lanes and pavements not only needed to be adequately maintained, but also to be respected by all road users, for the safety of runners du­­ring training.

Instead of building more shopping malls, we should maintain and preserve parks with jogging lanes in urban areas around the country. We runners are easily pleased and would persevere with “hamster loops” at these parks to get our required training mileage.

As for drivers and motorcyclists, can we all learn to share the road responsibly?

Let’s not use our mobile phones while driving or riding, but instead place them on hands-free contraptions to use Waze. And that Face­book status or Instagram video can wait until we have arrived at our destinations.

Let’s give way to pedestrians and cyclists on the road, and obey traffic rules. Park responsibly too, without obstructing traffic flow.

While praying for my friend’s full recovery, let us put effort in making our Malaysian roads safer – for drivers, bikers, cyclists, pedestrians and runners. 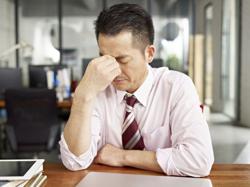