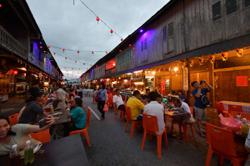 TO say that the last three years have been topsy-turvy is an understatement.

Malaysia went through a paradigm shift in politics that resulted in a new government being sworn in after the last general election. However, after 22 months in power, that government collapsed.

A lot has been said and written about the fall of the Pakatan Harapan government, and I am sure there is a lot more to be said – but the challenge for us now is, can Malaysians move forward?

The current government came together in a moment of grave national crisis. The advent of the Covid-19 pandemic and political uncertainty did not make its job any easier.

However, after a week of political wrangling, Barisan Nasional, PAS, Gabungan Parti Sarawak and Bersatu came together to form probably the least imperfect government at the time.

Tan Sri Muhyiddin Yassin emerged as the man of the moment and became Prime Minister after securing a plurality of support from parliament members.

To digress a little, I do not know Muhyiddin personally. Still, I witnessed him in meetings and discussions when he was deputy prime minister and deputy chairman of Barisan Nasional from 2009 to 2015.

My closest encounter with him was during the Teluk Intan by-election in 2014.

Muhyiddin is a serious man with a caring persona. He can also come across as strict, but understanding. Most importantly, he is very cerebral and detail-oriented.

It was a tough by-election, but he pushed us on, and luckily enough, Barisan won that encounter. As party workers, Muhyiddin would take the trouble to ask us about our welfare in all party meetings and always emphasised that we work for the people, and not the other way around.

After cobbling together a government and confronting the economic pain caused by the measures to defeat the pandemic, Muhyiddin has moored his vessel in choppy seas.

Barisan sustains the Perikatan government, and this complex power dynamic is not easy to manage.

I had previously said that coalitions require stability, chemistry and shared values.

Barisan worked for as long as it did because it has a common minimum programme, and Umno served as an anchor. Of course, this model had its critics, but many people I speak to tell me that the free-for-all model adopted by the Pakatan government cannot work.

However, many do not want a total return of Barisan power without sufficient checks and balances. In fact, within Barisan itself, component parties other than Umno have also flexed their muscles to show that consensus must be consensus.

And while some may see Perikatan as a product of opportunity, Muhyiddin has said that the coalition is here to stay.

For Gerakan, the decision to join and be accepted into Perikatan was aspirational and dictated by realpolitik.

The last three years have been very tough on Gerakan, and with the humiliating defeat in Tanjung Piai in 2019, the leadership knew that it needed friends or else the party will be wiped out. Being part of Perikatan is the natural progression for the party because it needed to find a home that allowed it to reset.

Many ask me how I feel about Perikatan and working with PAS. Personally, it is not an issue at all because I have worked with colleagues from PAS before, and I have always found them to be understanding and courteous, but firm in their convictions.

But I also maintain that for Perikatan to do well in the next general election, close and sustained cooperation with Barisan is pivotal. Both coalitions must work together to take this country forward.

After a lull of three years, Gerakan welcomed the Prime Minister to the august Dewan Wawasan Tun Dr Lim Keng Yaik for the party's annual national delegates conference known, colloquially, as the NDC.

This year’s NDC was special because it was held virtually with only the party high command and selected delegates allowed to attend in person.

I attended the meeting via Zoom and, while it was not ideal, I was happy that the party could finally have its NDC.

Muhyiddin's speech at the NDC was seminal for several reasons. It was the first time he was officiating the NDC, and he used his address to set out the political, economic and social framework of Perikatan.

Dubbing it a new deal for Malaysians, he focussed on a caring society anchored on social justice and the rule of law with an assurance that the government will work night and day to gain the people's trust.

Anchored on the rule of law and supremacy of the Federal Constitution, this new deal could very well be the game changer.

The sceptics will tell us that they have heard all of this before. Still, a dispassionate and objective assessment of Perikatan’s new deal exposes one fact – Malaysia needs matured leadership and a combination of Perikatan and Barisan can provide it.

It is in this hope that Muhyiddin's offer will not be spurned but seriously considered. We all know what happens when emotions get the better of us. Perikatan's new deal is a point to ponder for all Malaysians. 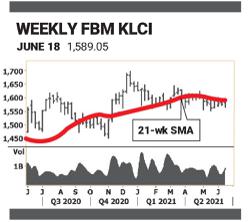