Kimanis: A harbinger of messier days

FIRST of all, a very Happy New Year. By-elections are always an exciting affair in Malaysian politics, and like most Westminster-style democracies, they have often been used a barometer of support for the government of the day.

My first encounter with a by-election was Bukit Gantang, Perak in 2009.

I was a young and eager researcher and witnessed first-hand the political theatrics and comedy, rabid and sometimes raging rhetoric, and of course, soaring but often misleading oratory.

All in all, by-elections, are an excellent show for political actors to make promises (that they rarely keep), for the electorate to send a message that they are not happy, and for the party's machinery to make some money.

Kimanis stands out because the odds were stacked against Barisan Nasional.

Umno Sabah, once the most significant chapter in UMNO, was decimated post-2018. I remember an anecdote once told me about Sabah politicians and why they so easily change parties and set sail anew according to the political winds.

A retired Sabah politician told me that Sabahans tend to be politically pragmatic and Sabahan politicians tend to move with those in power so they could get the best deal for the people they represent.

However, in the case of Umno Sabah’s exodus to Bersatu, it smacked of opportunism as well, and I'm sure after the Barisan’s Kimanis win, many are ruefully lamenting the change or “tukar baju” as it called in local parlance.

Barisan, on the other hand, would be mistaken into thinking that the tide has turned in the favour. I remember how the previous Barisan incarnation saw the twin victories in Sg Besar, Selangor and Kuala Kangsar, Perak in 2016 as the “winning model”.

After PAS carved itself out of Pakatan Rakyat and became independent, some in Barisan argued that if PAS contested in elections on its own, it could wean away Malay support for Pakatan Rakyat (later Pakatan Harapan).

That worked well in 2016 but proved disastrous in 2018. Politics is most lethal because of its impermanence. Barisan learned it in 2018 and Pakatan is learning it now.

So, there are plenty of lessons for both sides.

It has been a tough couple of months for Pakatan, and as they learn the ropes of governing, they would be wise to realise that promising and delivery are two distinct creatures.

Promises are cheap; anyone can make them. Delivering on those promises is a tough business because resources are limited and balancing the demands and requirements of every section of society is almost impossible.

The promise to abolish tolls has been replaced by an extension of the concession period for PLUS, and to add insult to injury, the reduction has been only 18%. Still, if stretched for an extra 20 years, despite the government's argument on inflation, the rakyat will end up paying more.

Second, in the case of Sabah and Sarawak, the promise to increase oil royalties and greater sharing of taxation has been in lumbered discussions. This is also one of the reasons Warisan was spurned in Kimanis because, despite the assurance that the current state government will be more Sabah-centric, they have been unable to stand up to the Federal Government.

Third, there has been this inability actually to address the issue of the cost of living. The transition from GST to SST has not reduced prices, and the current taxation system is squeezing businesses.

Previously there was both an input and output tax. But, now there is only a one-way tax – straight to the government coffers.

Also, this whole quagmire over the transition of leadership from Tun Dr Mahathir Mohamed to Datuk Seri Anwar Ibrahim is the only talk coming out of the political grapevine.

But in resolving this “transition problem”, many in Pakatan especially those pressing Dr Mahathir to set a timeline is to forget that such matters are delicate and requires tact. It must also be buttressed against certain guiding principles and values.

A right-thinking Prime Minister (PM) will not tell people he is resigning because he will be a lame duck. The PM ought to be given the space and time, and even if this causes heartburn to some in Pakatan, this is what being part of a coalition entails: The interests of the many overrides the interests of a few.

Malaysians, for better or worse, voted for Pakatan under the aegis of Dr Mahathir. Now some are unhappy with him, but that is reality, leaders never make everyone happy, if one does, then one is a lousy leader.

Also, those in Pakatan clamouring for Anwar to be made the PM immediately should listen to Anwar himself – he has said it unequivocally that Dr Mahathir should be granted the space to govern. At the right time, the baton will be handed to Anwar.

All this uncertainty is also affecting investor confidence, and in a growing economy like ours, we need foreign investment to grow.

What I find most sickening is that about 18 months ago, on social media, many Pakatan supporters hailed Dr Mahathir as the messiah. Now, they have no qualms throwing him under the bus – all because he does not want to pander to them.

It is a lesson for all politicos – you campaign in poetry but govern in prose. And ina democracy, no one gets everything they want, but everyone gets something they want. That is how it works.

should look at its first three months in power.

My advice: Go on a reform overdrive, dispense with bad laws, stop making stupid mistakes, get on the same page and stop the petty squabbling.

It is that simple.

All of this will work well for the future of the country because even if they lose power the next round, their legacy will be intact. In 1952, Harry Truman was seen as a failure and left office deeply unpopular. Still, in later years, many acknowledged that his plans in rebuilding the world post the WWII laid the foundation for lasting and durable peace.

Pakatan can do the same for Malaysia.

And they should listen to Dr Mahathir as he always been able to weaponise the truth – his most daring admission of late is that if Pakatan does not get its act together it will be a one-term government.

I, for one, wholeheartedly, agree with the PM.

So will Kimanis be a harbinger of messier days? Or will it bring some order and structure to our politics? 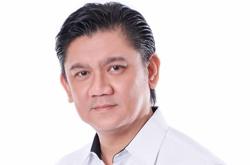 Check my bank accounts, says former Inanam rep over allegations that he was given millions to switch sides 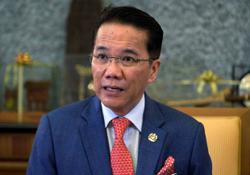