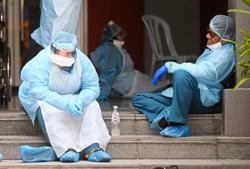 I AM really lucky to have a wife that understands me, and is so frequently patient and forgiving of my considerable list of trying quirks – even at great cost to herself. No two people fit perfectly, but some people are lucky to fit pretty well.

There is a growing feeling that Malaysia’s political machine has long been dysfunctional. This seems especially true when it comes to issues surrounding partisanship.

There are three recent examples that come to mind.

First, the budget. Anticipation about this vote had been thick in the air for months.

It looks like many were very disappointed that the opposition did not put up a more vigorous objection to the first reading of the budget.

Public reaction was fascinating. It seems that exhaustion with over-politicking seems to co-exist seamlessly sometimes with frustration at under-politicking.

As a communications strategist, I studied the manner in which Pakatan Harapan MPs scrambled to explain what had happened – going through all the motions and normal pitfalls of people attempting damage control.

As a brief aside, my outsider’s view is that if the opposition really planned to let the budget pass at this stage, this decision should have been communicated clearly beforehand to the entire Pakatan bloc at least - and probably better yet, to the general public. Trying to explain and justify after the fact tends to be too late, as damage is already done.

I know politicians love playing their cards close to their chest to the last minute, and I’m sure in the mind of the leader of the opposition, this is all part of some grand plan that ends with him as Prime Minister.

But when one Pakatan party stands up to object while the others don’t, you are signalling at best: inefficiency, indecision, and poor leadership; and at worst: a complete breakdown into chaotic internal division within your bloc.

The most likely explanation to my uninformed mind is that the rules of our current partisan game lead people to make all sorts of strange, last minute decisions, influenced by petty considerations as well as endless petty plotting and counter plotting.

All this said, this probably won’t be in the news cycle for long. As for the future of those who called this particular shot, I can only think of the Abraham Lincoln quote: “If the end brings me out all right, what’s said against me won’t amount to anything. If the end brings me out wrong, ten angels swearing I was right would make no difference”

This also appears to have been met with online derision from the public.

I fully respect the decision of Syed Saddiq and his political movement Muda’s decision to take the political road.

Over the months however, I’ve realised that once you start something in a political sphere, several path dependencies seem to emerge.

I have recently been thinking of how apt “gravity” is as a metaphor for so many things in my life, not least of which is the realm of politics.

Once you enter the political orbit, you tend to gravitate increasingly towards partisan behaviour, and in turn attract partisan blowback (which tends to be a bit more vicious than other forms of conflict).

Margaret Thatcher in Season 4 of The Crown talks about how comfortable she is in having enemies – arguing that if you don’t have enemies, you have amounted to little in life.

I think that while there may be some truth in this statement, by and large, going down this vein is not what Malaysia requires most at this time.

I think we have far too many people that see “enemies” around every corner, and worse yet, change enemies at the drop of a hat; and far too few people who understand that having opponents is not the same as having enemies.

The third example also involves Muda and a video that Syed Saddiq released around Deepavali on the theme of racism against Indians.

This attracted a fair bit of criticism from members or supporters of Parti Sosialis Malaysia, who seemed quite derisive of the content. I don’t recall all the details of the arguments (it’s seldom really about the details, in my experience), but I think it was about whether the video adequately addressed the “heart and soul” of racism.

My impression of what followed was a heated, often vitriolic argument – each side deriding the other’s efforts, implying that their respective strategies were complete failures. I recall emotions running very high.

Having good friends on both sides, this was particularly tragic to watch. I can personally attest to how both sides are equally dedicated, equally effective crusaders for social justice.

They work in different spheres, and have different perspectives, but there isn’t a doubt in my mind that there is more that unites them, than there is that differentiates them; and I will go to my grave swearing they are both equally admirable patriots.

The entire incident reminded me of the Monty Python bit about the People’s Front of Judea – the most brilliant two minute description of the phenomenon of internal partisanship.

I feel that it is not quite a coincidence that the controversy about this video erupted between factions aligned to two political parties (albeit relatively small ones).

The dynamics of our current political landscape and structures really just seem to bring out the worst in people.

As for alternatives: as a route towards making big change, contesting elections will remain the only viable alternative to say, armed revolution, which nobody wants.

But perhaps the road to contesting elections does not always have to begin within the existing political realm. It seems that starting there seems to cripple innovation, and results in getting caught up in the gravity of divisive and toxic partisanship.

Perhaps what Malaysia really needs is an idea or a concept that Malaysia as a whole can coalesce around as a nation – a new centre of gravity.

Maybe we as a nation need to better define what our values are, who we are, and who we want to be. And maybe, most of all, we need to start this process outside the political sphere.

Only when we have gone through the difficult processes of answering those questions as a nation can we build the foundations of a movement that can survive the storms of selfish partisan politics.

Are we ready to start carving out such a concept?

As Nathaniel Tan publishes the last column of his fast-fading thirties, he finds himself thinking a lot about the idea of Bangsa Malaysia. He can be reached at nat@engage.my. The views expressed here are solely his own. 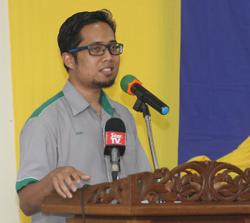