Lynas: Are we prostituting our environment and health? 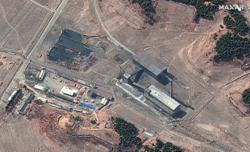 THE Lynas controversy can probably be summarised into a simple question: Is it worth having Lynas here in Malaysia?

The bulk of the answer to this question can likely be determined by doing a simple cost benefit analysis.

In extremely broad strokes: the benefit is a lot of money; the cost is danger to the environment and the health of Malaysians.

Any policy regarding Lynas should be based on hard, independently verifiable science.

The problem is, in our current era, objective, scientific facts tend to get drowned in a sea of noisy polemic, or covered up and discredited by interested parties.

Either that, or objective, scientific studies are never even commissioned – which may well be the case in this issue.

Indeed, Lynas’ lack of emphasis on hard, independently verified science (which would help its case immensely) may be the most damning indication that the science does not in fact support its position.

If, for instance, Lynas was spending more of its resources cosying up to politicians in backroom deals than in consistently publicising good, verifiable science, then we should all be concerned.

One of the simplest and most powerful proofs of this is that Australia – where Lynas mines the rare earth before shipping it to Malaysia – has stated that it absolutely refuses to allow the radioactive waste produced by Lynas in Malaysia to be shipped back to Australia (this was solution originally proposed by Energy, Science, Technology, Environment and Climate Change Minister Yeo Bee Yin).

I think this refusal tells the rest of us a great deal about exactly how dangerous the radioactive waste produced by Lynas is.

Lynas seems to consistently insist that the waste produced by its plant is not harmful. If it is not harmful, why won’t Australia agree to take it back?

Is it a question of economic viability? You have a ship coming over full of raw minerals – why not simply load the same ship with the radioactive waste on the way back?

One of the reasons given is that Australia has an established Green Party – a political party that campaigns primarily on environmental issues. Thus, any decision to bring radioactive waste back to Australia would be seen as very unpopular (for good reason) and thus politically costly.

So, is it thus okay to dump the waste here in Malaysia simply because we don’t have a Green Party? (Perhaps a Malaysian Green Party is something we should be looking into, incidentally.)

Long story short: nobody wants radioactive waste to be put in their backyard.

So, what do you do with waste that nobody wants?

Simple: you find someone who needs money badly enough, and you pay them to take whatever it is most people don’t seem to want to take.

Congratulations Malaysia, we have now achieved the status of environmental prostitutes.

(I should be clear that this is no way a judgement on the oldest profession. Indeed, when done voluntarily without compulsion, it is often a more honest, straightforward form of work than politics. The point is that if you are selling something precious for a price, you should be upfront about it.)

Especially during his first stint as Prime Minister, Tun Dr Mahathir Mohamad developed a sterling reputation as being one of the most outspoken leaders of the Third World. Time and again, there were no holds barred as he ripped apart former colonial powers and what he saw as neo-colonial policies.

But what of today? Where is his bravery in withstanding environmental colonialism – perpetrated by the same former colonial powers?

We can only hope that our Prime Minister is not a climate change denier like US President Donald Trump.

When it came to light that developed countries were sending endless amounts of plastic waste to Malaysia, making us basically a dumping ground for the rest of the world and giving rise to illegal plastic recycling that was (ironically) extremely harmful to the environment, there was a huge outcry – and rightly so.

What kind of nation would we be, if we happily told the world that for a price, they were welcome to treat us as a giant trash bag?

Everyone agreed that we should not devalue and sell out our environment that way. And now not just Malaysia, but other developing countries are starting to say a hard “no” to importing waste of any sort. Good on us.

How is Lynas any different though?

Does that mean that the people with money thus get to decide who among the people without money have to deal with life threatening radioactive waste?

This isn’t the first time that Malaysia – or indeed Dr Mahathir himself – has had to deal with a radioactive rare earth problem.

The Asia Rare Earth Sdn Bhd (ARE, a company owned by Mitsubishi Chemicals) incident in Bukit Merah, Perak during the 1980s which involved rare earth and radioactive waste is surprisingly rarely mentioned.

Cilisos did a good summary of this case, which is said to have caused eight cases of leukemia and seven deaths. About 20 years after the cleanup of this radioactive mess began, over RM300mil has been spent cleaning up this waste, and the work is still not done!

Back when the ARE factory was in operation, when one worker, Lai Kwan, was pregnant, she was told by her boss to take unpaid leave whenever dangerous materials were being delivered to the factory.

Her son from that pregnancy, Cheah Kok Leong, was eventually born with cataracts and atrial septal defect (ASD), and as predicted by doctors, did not live past 30. Kok Leong died less than a decade ago, in 2010.

His mother said he enjoyed watching the new moon each month, and that every time she now sees the new moon, she would think of him.

Had he been born without these defects, Kok Leong would have been about my age today.

In the Cilisos article above, there is a picture of Kok Leong, along with a Dr Jayabalan – presumably the same Dr Jayabalan A. Thambyappa quoted in a 2011 New York Times article as essentially saying the radioactive waste produced by Lynas was still a carcinogen, whether or not they were deemed to be “low level” or not.

There is always space for objectivity. If independent, objective scientists (meaning scientists that do not have a reputation for propping up big businesses) can demonstrate conclusively that there are indeed safe ways to dispose of this radioactive waste, I think we can be open minded.

The study must however be extremely independent, thorough, and convincing from A to Z.

Even if such a safe method of disposal exists however, that still doesn’t explain why shipping the waste back to Australia – the country which profits the most (by far, presumably) from this endeavour – would not be a feasible option.

Perhaps this is why Dr Mahathir has been quite defensive about Lynas. His argument has been that if we make it difficult for Lynas to operate as it likes, it will basically cost us a lot of money – opportunity cost, loss of investor confidence that will reduce future foreign direct investment, and so on.

With all due respect though, this is coming from a man in his mid-90s. Not to put too fine a point on it, the fact is that he will not be around to feel the full brunt of the climate crisis that is engulfing the entire globe.

Furthermore, the radioactive waste is not being put anywhere near where his children or grandchildren live or will ever live. If it were, would he make the same decision?

Nobody asked Lai Kwan before they dumped radioactive waste near where she and her son lived.

However many millions or billions we earn from Lynas, would it have bought Cheah Kok Leong the opportunity to watch even one more new moon?

NATHANIEL TAN is a consultant specialising in impactful communication and navigating public perception. The views expressed here are entirely the writer’s own.