EVERYONE was right about the hung parliament; but pollsters overestimated the support for Pakatan Harapan and underestimated that of Perikatan Nasional.

Post-match analysis has centred on the impact of TikTok among first-time voters; the elimination of many big guns including former ministers (but none more emphatic than Tun Dr Mahathir Mohamad losing his deposit in Langkawi); and worrying statistics of voting trends according to race, implying deep polarisation in the country.

However, our electoral system does not break down the reasons why a person votes the way they do: until a detailed analysis considers whether people voted for or against a party (or its coalition logo) or individual or ideology – or perceptions borne of scaremongering – we cannot jump to conclusions.

So, in being criticised for the optimism of my previous article, I maintain that provocateurs of race and religion, while loud and sometimes in positions of influence, are still in the minority.

I acknowledge, however, that while their short-term suppression relies on appropriate actions by the police and the Malaysian Communications and Multimedia Commission (MCMC), their long-term elimination requires serious reforms in the teaching of history and civic education – as so many in civil society have been arguing for years. So we look forward to engaging with the new Education minister!

The role of the Yang di-Pertuan Agong and Conference of Rulers has been widely praised in breaking the deadlock using the constitutional tools available.

Even Western media normally hostile to the principle of an interventionist monarchy were impressed, writing primers about the royal role amidst the unprecedented situation; other countries could quite easily have fallen into violent chaos without such an arbiter.

While some on the government side find it useful to claim they were “forced” into the unity government by the king, the behaviour of the Opposition was described as “kurang ajar”, “biadap” and “derhaka”, and it’s still not clear whether a more humble attitude has been universally accepted.

If government and opposition make use of these opportunities to play their roles according to the Federal Constitution, then the rakyat will benefit from both better governance and proper check and balances.

The role of the latter has expanded significantly since the last elections, with the existence of Parliamentary Select Committees and All Party Parliamentary Groups (APPGs).

In fact, the two APPGs I’ve interacted with – on refugee policy and political funding – were both chaired by PAS MPs, Ahmad Tarmizi Sulaiman and Ahmad Fadhli Shaari, who took their roles seriously and worked hard to advance the respective causes.

Hopefully, the normalisation of these processes will further add to stability and enable the government to remain intact for the full parliamentary term.

For now, there is considerable goodwill towards the Prime Minister. The congratulatory phone calls from the Indonesian and Turkish presidents were outdone only by the personal drive from Subang to Putrajaya by the Sultan of Brunei, and if social media comments are to be believed, these influential Muslim leaders’ overtures have helped moved domestic public opinion.

But the appointment of Cabinet ministers remains crucial.

As much as appointments need to be made to balance political party strengths (and inevitably, feelings of personal gratitude), it would speak volumes if clean competence were to be the main driving force.

The timing of the 260th Conference of Rulers (scheduled as normal regardless of the election or its outcome) was coincidentally after the appointment of the Prime Minister but before that of his Cabinet.

Upon its conclusion, the conference’s chairman, the Yang di-Pertuan Besar of Negri Sembilan, reiterated the Rulers’ wish for politicians to stop using racial and religious issues to incite Malaysians against one another, to take particular heed of the Rukun Negara that was proclaimed by the fourth Yang di-Pertuan Agong, and for the new government to inculcate a spirit of togetherness.

This was in addition to a specific proposal to improve the judiciary by reforming the composition of the Judicial Appointments Commission (JAC) so that none of its members are appointed by the Prime Minister.

(Presently, five out of its nine members are appointed by the Prime Minister, while four are the nation’s top judges.) This is particularly relevant given the number of politicians undergoing court cases at present.

I hope that the government – and specifically, the new minister in charge – implements this change, joining his other ministerial colleagues to prioritise reforms that will cleanse our body politic of corruption alongside racial and religious hatred. 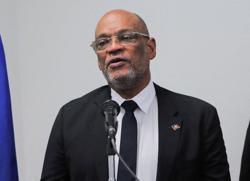