While everyday lives are being disrupted and sacrificed by the majority of Malaysians under the MCO, politicians’ actions seem to have not changed at all – to wield and maintain power, whatever the cost.

RECENTLY, it was the eve of the 20th day of Ramadan (colloquially, Malam 20). It is an important date because it marks the beginning of the last 10 days of the fasting month, during which the Night of Destiny (Laylat al-Qadr), when the Quran was first revealed to the Prophet Muhammad, is believed to have occurred. For Muslims, praying on this night is of particular significance.

In Negri Sembilan’s royal town of Seri Menanti, Malam 20 is usually marked with a breaking of fast and terawih prayers hosted at the palace itself, rather than the royal mosque. Earlier in the day, I would typically join my family to distribute donations of food and supplies to the needy among local communities.

Upon the blasting of the cannon and the singing of the call to prayer, traditional dishes such as daging salai masak lemak cili api, rendang pucuk ubi and cendol with gula enau from Kuala Pilah would be served, a contemplative yet amusing tazkirah (effectively a short lecture between prayer times) would be delivered, and personal bonds would be further strengthened at another light meal (moreh) of bubur lambuk, apam johol and pengat pisang afterwards.

Moments like this serve to remind those present of the blessings of family and friends, and provide a motivational boost to complete the final stretch of fasting. As you can tell, I miss the menu, too.

In sharing some photographs on Instagram – first of usual buka puasa events in villages in rural Negri Sembilan, which are always tranquil and spiritual, and then of Malam 20 in past years – it was impossible not to be affected by the discrepancy between past years and now.

This discrepancy will be even more pronounced when Hari Raya arrives, with the morning congregational prayers, visiting of family graves and open houses all being curtailed.

Many families will have recently been reunited after weeks of separation, though, with the recent enabling of interstate travel, and continued relaxing of prohibitions (even within the context, explained last week, of different states modifying the rules issued by the Federal Government).

With restaurants increasingly accepting dine-in patrons with social distancing, a template for achieving that balance between economic recovery and public health will hopefully materialise.

Unfortunately, in many cases, there are weaknesses in communication, with several people observing that it is impossible to obey one set of standard operating procedure without contradicting another set of guidelines (or even being threatened with arrest for trying to follow them).

With threats to the economy coming in the form of a global recession and collapsing oil prices, it is vital to inject domestic confidence where possible.

Greater clarity of communication is one key ingredient of this, so that participants in the economy know that it is indeed safe to participate.

Achieving that clarity would be hugely helped if the representatives of the people could hold the government to account. Parliament is where already-declared initiatives should be scrutinised, and potential new plans debated, to help the many categories of people who are struggling: from those who were already disadvantaged before the crisis, to the newly unemployed, those at risk of losing their jobs and those whose businesses may have to close.

Indeed, several business owners have told me of difficulties in actually accessing the aid that has been announced, and they may have to close shop soon.

Apart from the devastation this will cause to workers’ livelihoods, there may be continuing costs even if the economy gears up again, when those former workers look for similar jobs, but there are no employers.

The silver lining here may be in reskilling workers for a new digital economy in the long term, but that requires investment, too.

With the parliamentary session now not scheduling any debate following the Yang di-Pertuan Agong’s royal address, MPs will not have this opportunity for scrutiny (thus contradicting the spirit of Parliament’s very first royal address in which the King said that “the executive authority must answer to the elected legislature”).

However, as the UK House of Commons has shown, a hybrid set-up (of physical and online attendance) is easily accomplished.

In state politics, too, realignments of loyalty and accusations of treachery and bribery continue apace, with a tragicomedy exchange of profanities in the Melaka State Assembly’s recent sitting.

Perhaps the most concerning discrepancy throughout this MCO is that, while everyday lives and familiar traditions are being disrupted and sacrificed by the majority of Malaysians, much of the political elite (I grant that many newer politicians abhor their leaders’ actions) seems to have not changed at all: the uppermost destiny on their minds is their own ability to wield and maintain power, whatever the cost. 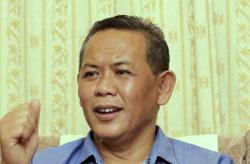 3 DIY ideas for attracting insects to your garden