In its annual report "Foreign Direct Investment in Latin America and the Caribbean 2022," the United Nations agency based in Santiago of Chile said that despite the increase, FDI failed to reach pre-COVID-19 pandemic levels.

According to ECLAC Executive Secretary Jose Manuel Salazar-Xirinachs, FDI is "essential to designing a productive policy" in a region with low overall levels of investment.

"To achieve a positive FDI impact, it is necessary to connect productive development policies with high productivity investments and activities that support virtuous development processes in terms of inclusiveness, job quality, environmental sustainability, innovation and technological complexity," he said.

FDI around the world increased by 64 percent in 2021, to about 1.6 trillion U.S. dollars, but Latin America and the Caribbean lost share as a destination to represent just 9 percent of the total, one of the lowest percentages in the last 10 years.

The reactivation of investment in 2021 took place in all sub-regions, and the countries that received the largest FDI were Brazil, Mexico, Chile, Colombia, Peru and Argentina, in that order.

In Central America, Costa Rica was the sub-region's leading recipient for the second straight year, while Guatemala saw "large-scale acquisition" in the telecommunications sector, which accounted for a considerable increase.

The services and natural resources sectors, which saw FDI increases of 39 percent and 62 percent, respectively, "were the most dynamic sectors" in the region, with the European Union and the United States being the main investors, accounting for 36 percent and 34 percent of the total, respectively. 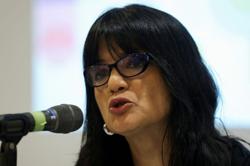 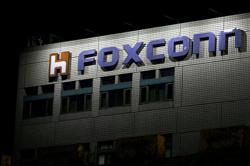