Factbox-Memorial: Chronicler of Soviet and recent crimes, banned by Putin

FILE PHOTO: A sign is on display at the office entrance of the human rights group Memorial in Moscow, Russia December 29, 2021. REUTERS/Evgenia Novozhenina

Here are some facts about Memorial:

Both arms of Russia's best-known human rights group were ordered to be dissolved last December for breaking a law requiring certain civil society groups to register as foreign agents, capping a year of crackdowns on Kremlin critics unseen since Soviet days.

Memorial traces its roots to the 1980s under Mikhail Gorbachev, the last leader of the Soviet Union, who encouraged greater openness, or "glasnost".

Its founders included Nobel Peace Prize-winning dissident physicist Andrei Sakharov, who died in 1989, and his activist wife Yelena Bonner, who died in 2011.

International Memorial was set up in 1992, a year after the collapse of the Soviet Union, with the aim of documenting political repression and helping rehabilitate those who had been repressed under communism. It operates in Russia and other former Soviet states.

The group unearths and publishes information on past crimes and mass human rights violations, and helps people access secret police files pertaining to their family history.

In particular, it has helped people piece together the history of their families during Josef Stalin's 1937-38 Great Terror, in which nearly 700,000 people were executed, according to conservative official estimates.

Memorial has compiled lists of victims and collected private testimonies, documents from family archives, objects and works of art related to the Soviet prison camp network known as the Gulag. Its archives, museum and library were thought to be the largest public repositories of such materials in Russia.

Since the 1990s, the Memorial Human Rights Centre, registered as a separate organisation, has notably played a major role in documenting violations in Russia's southern Chechnya region, where Moscow defeated separatists after two major wars and established an autocratic and strongly pro-Kremlin leadership under Ramzan Kadyrov.

While the Soviet state disavowed Stalin and the repression of his era after his death in 1953, many Russians still revere him for leading the Soviet Union's defiance and defeat of invading Nazi forces in what Russia terms the "Great Patriotic War".

President Vladimir Putin has frequently sought to channel the Soviet Union's wartime heroism and sacrifice in appealing to today's Russian population, and has sought to suppress attempts to evaluate the Stalin period in a more critical light.

Since launching an invasion of Ukraine this year, Putin has said explicitly that he wants schools to teach a Kremlin-approved version of history.

Memorial and its defenders accused the authorities of seeking broadly to minimise and cover up Soviet-era crimes.

2009 - Activist Natalya Estemirova, who worked with Memorial's human rights centre in Chechnya, was kidnapped and murdered. The killers have not been found.

2014 - Memorial Human Rights Centre was designated a "foreign agent", a label that carries negative Soviet-era connotations and brings with it a large burden of bureaucracy.

2016 - The head of Memorial in the northern Karelia region, historian Yuri Dmitriev, was detained on child pornography charges in a case his supporters said had been trumped up to punish him for unearthing a Stalin-era mass grave. He is serving a 15-year sentence.

2018 - Oyub Titiev, head of Memorial's human rights centre in Chechnya, was sentenced to four years in a penal colony on charges of possessing illegal drugs. Titiev said the police had planted the drugs on him during a shake-down. He was granted a conditional early release in 2019.

2019 - The authorities levelled dozens of charges against the Memorial Human Rights Centre and International Memorial for allegedly violating the law on foreign agents.

December 2021 - Russia closed down the Memorial Human Rights Centre and International Memorial, accusing both of systematic violations of the law on foreign agents.

A prosecutor told a court hearing that International Memorial posed a public threat and "speculates on the topic of political repression, distorts historical memory ... and creates a false image of the USSR as a terrorist state". 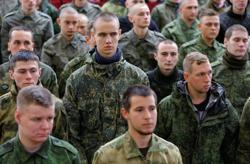 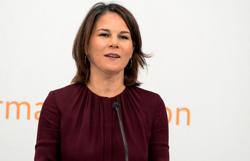