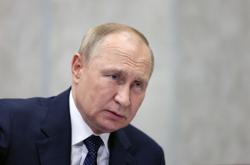 LONDON (Reuters) - A day after Russian President Vladimir Putin ordered a partial mobilisation to boost the armies fighting in Ukraine, officials arrived at Alexander Bezdorozhny's house with draft papers ordering him to present himself for service.

But they were calling on a dead man.

Bezdorozhny, who suffered from chronic inflammation of the lungs, died aged 40 in December 2020, at the height of the COVID-19 pandemic, while on a ventilator at a hospital in his Siberian hometown of Ulan-Ude, just north of Mongolia, his sister Natalia Semyonova told Reuters.

"It hurts me that the state only remembered him after he was dead," Semyonova, a professional musician and activist in Ulan-Ude, told Reuters, recounting the call-up for her brother.

"He was an invalid, and had never served in the army."

In Buryatia, a mostly rural region wrapped around the southern shore of Lake Baikal, the mobilisation has seen some men drafted regardless of their age, military record or medical history, according to interviews with local residents, rights activists and even statements by local officials.

Buryat rights activists suspect that the burden of the mobilisation - and the war itself - is falling on poor, ethnic minority regions to avoid triggering popular anger in the capital Moscow, which is 6,000 km (3,700 miles) away.

Putin always underscores that Russia, where hundreds of ethnic groups have lived for centuries alongside the majority Slav population, is a multi-ethnic state and that soldiers of any ethnicity are heroes if they fight for Russia.

Shortly after Putin announced the mobilisation on Wednesday, Defence Minister Sergei Shoigu said it was not for all citizens, just for military reservists who have previously served in the Russian army and have combat experience or specialised military skills.

Such was the outcry over the mobilisation in Buryatia, though, that Governor Alexei Tsydanov on Friday issued a statement clarifying that those who had not served in the army or who had medical exemptions would not be mobilised, though he admitted that some draft notices had been given to such men.

Tsydanov wrote on Telegram: "Since this morning, 70 such people who had received summons were sent home, both from mustering points and from military units."

If mistakes were made, he said, people should "simply inform the representatives of the military enlistment office at the collection point, with supporting documents".

The Ulan-Ude draft office and the defence ministry in Moscow did not reply to a request for comment on the situation.

"There’s nothing partial about the mobilisation in Buryatia," said Alexandra Garmazhapova, president of the Free Buryatia Foundation, an organisation that provides legal help to those mobilised. "They are taking everyone."

Her foundation collected hundreds of appeals for help from residents whose relatives had received mobilisation papers. Many of them were over 40, and had medical conditions that should disqualify them from service, she said.

Between 4,000 and 5,000 residents of the region were drafted in the first night of conscription, Garmazhapova estimated. She said that in many cases, officials had distributed summons during the night.

The independent news site Ludi Baikala (People of Lake Baikal) calculated that between 6,000 and 7,000 people are likely to be mobilised, out of a total population of 978,000.

One resident of the Buryatia village of Orongoi, whose population in 2010 was 1,700, told Reuters that 106 men from the village had been mobilised. That person declined to be identified.

Reuters could not verify the numbers of those conscripted in the village, or in the wider region.

According to Garmazhapova, the broad round of mobilisation in Buryatia, where around a third of the population are ethnic Buryats, a mostly Buddhist people closely related to Mongolians, is a deliberate political choice by local authorities looking to please the Kremlin.

"The federal centre is trying not to touch St Petersburg and Moscow, because in Moscow you can have protests against the Kremlin," she said.

According to publicly available data on military casualties compiled by Russian investigative outlet iStories, Buryatia and the North Caucasus region of Dagestan, both of which are poorer than average and have large non-ethnic Russian populations, have suffered the highest casualty rates since the Kremlin ordered troops into Ukraine on Feb. 24, with 259 and 277 dead soldiers respectively.

Moscow has suffered only 10 deaths, according to iStories.

The defence ministry, which said on Wednesday that almost 6,000 Russian soldiers have been killed since Feb. 24, has not issued regional breakdowns of the casualty figures.

According to Garmazhapova, some Buryatian locals have responded to the threat of the draft by attempting to cross into neighbouring Mongolia, where Russians can stay for 30 days without a visa. Footage on social media on Thursday, which Reuters was not able to verify, showed long tailbacks at crossing points on the remote frontier.

Others prefer to take their chances at home.

Aryuna, a 19-year-old student in Ulan-Ude who requested that her surname be withheld, showed Reuters a photograph of draft papers delivered on Thursday to her father, a 45-year-old journalist who had never served in the army on account of his short-sightedness.

Aryuna, an only child, said that she and her father, her only remaining parent, had agreed he would ignore the summons, risking a potential fine, while they hire a lawyer to try to secure an exemption.

“We decided to take the risk," she said. "I don’t want to lose my father.”

(Reporting by Reuters; Editing by Guy Faulconbridge and Frances Kerry) 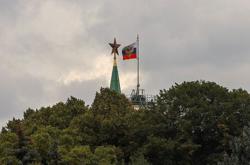