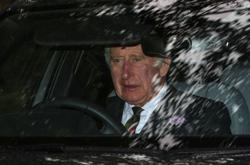 FILE PHOTO: Britain's Prince Charles, known as the Duke of Rothesay while in Scotland, takes part in a roundtable with attendees of the Natasha Allergy Research Foundation seminar to discuss allergies and the environment, at Dumfries House in Cumnock, Scotland, Britain, September 7, 2022. Jane Barlow/Pool via REUTERS

LONDON (Reuters) - Britain's Prince Charles and Prince William have travelled to Queen Elizabeth's residence at Balmoral Castle in Scotland following news that doctors were concerned for her health.

"Their Royal Highnesses The Prince of Wales and the Duchess of Cornwall have travelled to Balmoral," a Clarence House spokesperson said. 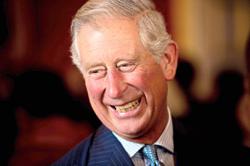 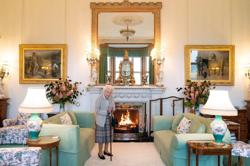