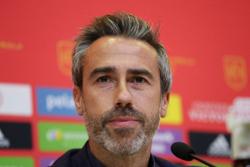 MADRID, Aug. 17 (Xinhua) -- One of the hottest summers on record in Spain, coupled with the lowest rainfall since records began, has left the country facing a water supply crisis.

The data published on Wednesday by the Ministry for Ecological Transition and Demographic Challenge show that the average water level in nationwide reservoirs has fallen to just 37.9 percent of their storage capacity, while drinking water reserves are at merely 33.6 percent.

An accumulated rainfall deficit of around 30 percent for 2022 means reservoirs are at their lowest levels since 1995 and almost 20 percent below the average for the past 10 years.

While the entire country is grappling with water shortages, the situation is even more critical in the south. Water levels in reservoirs of the Guadalquivir, Guardina and Guadalete-Barbate river basins now stand at just 23.1 percent, 25.3 percent, and 26.3 percent respectively.

Many municipalities have imposed restrictions on water consumption in recent weeks, including cutting supplies for a few hours during the night in extreme cases. These restrictions are feared to further affect agricultural production, reducing yields of olives and cereals by 30 to 40 percent this year.

Although rain is forecast for parts of northwestern and central Spain in the next 48 hours, no precipitation is expected as yet in the south for the coming week.