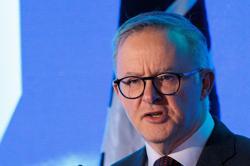 SYDNEY (Reuters) -Australia's former prime minister Scott Morrison said on Wednesday he decided to be secretly sworn in to five key ministries during the coronavirus pandemic because he felt responsibility for the nation was his alone.

Morrison, who stepped down as leader of the Liberal Party after losing a general election in May, addressed a news conference to answer a barrage of criticism from the Labor government and his own party over the unprecedented assumption of powers.

Prime Minister Anthony Albanese said Morrison had attacked the Westminster system of government by secretly appointing himself to five portfolios including home affairs, treasury, health, finance and resources between 2020 and 2021.

Three of the ministers were unaware Morrison shared power over their ministries until the revelations this week, they said.

"I was steering the ship in the middle of the tempest," Morrison told reporters, recalling how the pandemic hit in 2020.

"As prime minister, only I could really understand the weight of responsibility that was on my shoulders and on no one else," he said.

Morrison said he did not "take over" the ministries, after being sworn in by the governor general, and no ministers were interfered with except on one occasion, where he rejected a resources project.

He said he did not inform the ministers because he would only use the powers in an emergency.

"The fact that ministers were unaware of these things is actually proof of my lack of interference or intervention in any of their activities," he said.

George Williams, a constitutional law expert at the University of New South Wales, said Australia has a cabinet-based system that relies on a group of people governing, and not a presidential system.

"The secrecy itself is what really gets to the heart of why this is a problem," he said.

Governor General David Hurley acted on the advice of the government of the day, and questions around secrecy were a matter for the previous Morrison government, Hurley's spokesman said in a statement.

"The Governor General had no reason to believe that appointments would not be communicated," he said.

Treasurer Jim Chalmers said earlier on Wednesday Morrison's behaviour was "dictatorial" and whether he remained in parliament was a test of Liberal Opposition leader Peter Dutton's leadership.

Morrison rejected that, saying the emergency powers were put in place by a democratically elected prime minister and according to law.

Morrison's secret accumulation of ministerial roles began with the health and finance ministries in 2020, because of concern these ministers could be struck down with COVID-19 while wielding emergency powers.

In May 2021, Morrison also became home affairs minister and treasurer.

Morrison said this was partly due to the budget being delivered in May and negotiations with Britain and the United States over the AUKUS deal for nuclear submarines.

Home Affairs minister Clare O'Neil told ABC TV the head of the intelligence agency "did not know that there was a second home affairs minister for an entire year".

"This creates real vulnerabilities for us as a country," she said.

The solicitor general will provide advice on the matter to Albanese on Monday.

"This is fundamentally a trashing of our democratic system," Albanese said on Wednesday. 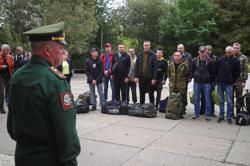 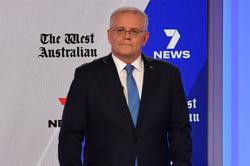