FILE PHOTO: Venezuelan Foreign Minister Felix Plasencia gestures as he speaks during a news conference on the situation of the Embassy of Venezuela in Bolivia, at the Foreign Ministry office, in Caracas, Venezuela January 19, 2022. REUTERS/Leonardo Fernandez Viloria

CARACAS / BOGOTA (Reuters) -Venezuela and Colombia on Thursday appointed ambassadors to each other's capitals, moving to rebuild relations between the two countries that have been broken for more than three years.

The appointments come days after the inauguration of Colombia's first leftist president, Gustavo Petro, who has expressed his intention to normalize diplomatic relations with Venezuela.

Maduro added that Vice President Delcy Rodriguez will be in charge of designing a plan to reopen Venezuela's border with Colombia and boost trade and investment with its neighbor.

The two countries share more than 2,500 kilometers of border.

Caracas broke off relations with Bogota in early 2019 after members of the Venezuelan opposition tried to cross from Colombian territory with trucks loaded with food and medicine.

Maduro's government said the aid masked an attempted coup by the opposition with support from Washington.

(Reporting by Deisy Buitrago and Vivian Sequera in Caracas and Oliver Griffin in Bogota; Editing by Edwina Gibbs) 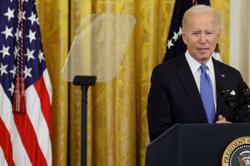